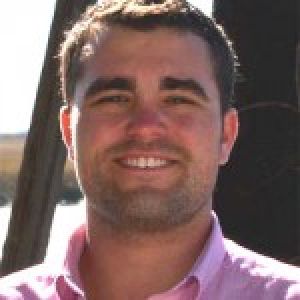 In the wake of the loss of a friend and brother, the Greek community of Georgia Southern University decided to celebrate life versus mourning death.

The brothers of the Kappa Alpha Order held a candlelight vigil in honor of their fallen brother, Cory Wilson, who passed away last Thursday.

“At the candlelight service we had, we used it more as a celebration of his life rather than a time for everyone to mourn,” Chase Joiner, junior logistics major and president of KA, said. “Obviously everyone was doing that, but we tried to keep a positive vibe when possible and focus on the goods that were at hand.”

“The community is grieving, but I feel that, based on what I know of Cory, is that he wouldn’t want them to grieve too much,” Jessica Turuc, coordinator of Fraternity and Sorority Relations, said. “He would want them to be continuing on and celebrating life.”

“I just remember one of the great things about Cory was his relationship with his best friend, Josh Edenfield,” Maier said.

Wilson was a friend to everyone he encountered and could make anyone laugh, Joiner said.

“The way they described him at his funeral is, ‘any stranger he met was a friend he had not met yet.’ That really does say a lot because he was just one of those guys who could talk to anyone, could make you laugh and he did that throughout his entire time being here,” Joiner said.

Members of the community described Wilson’s personality as being infectious.

“From what I understand,” Turuc said, “when people were around him, he was always making jokes, making them feel good about whatever was going on. He just made everybody feel good.”

Wilson was an active member of the fraternity and the Greek community and acted as a leader and tour guide, often dressed in the wrong attire, during recruitment, showing potential pledges Greek Row, Joiner said.

“He would be wearing camouflage crocs and cutoffs, completely wrong, and he would be sitting there cracking jokes with the rush kids, which he was also not really supposed to do,” Joiner said.

“He just carried that sense of humor through everything he did, no matter what the situation was. He just had that bright personality to him that made it to where everyone just literally connected with him,” Joiner said.

Over two hundred students and other members of the community attended the vigil, Joiner said.

“It means a lot to have that kind of support from the community, both Greek and school, and Statesboro area also,” Joiner said.

“I do want to say, though, that all of the fraternities and sororities definitely did help out, whether sending flowers, donating candles or even just showing up and giving kind words,” Joiner said. “We obviously appreciate everything they were able to do and that they still are doing.”

“I know that the brothers of Kappa Alpha Order are hurting. They’re handling it well, but they’re hurting,” Turuc said.

The brothers of KA plan to remember Wilson as the captivating person he was.