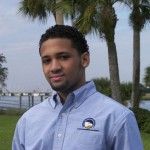 Georgia Southern University’s Student Government Association finished this semester with giving back $17,612.75 to the student body from its $53,600 budget.

The money from the budget was given back to 25 organizations and about 20 individuals, Dante Porter, vice president of finance for SGA, said.

$9,000 has been allocated to the Shuttle Gus program, Porter said.

SGA has been involved in events across campus and has worked to help raise money for local charities in the Statesboro area.

“One of the most awesome things we’ve done is that we’ve raised over $1,500 for the Untied Way, and we’ve done that by passing the bucket around every day at senate meeting. And also GSU Idol which was during homecoming, and at that event I believe we raised nearly $1,000,” SGA Vice President of Auxiliary Affairs Garret Green said.

SGA has been doing a lot to support United Way, which in turn is helping the Statesboro community, Green said.

“We’ve also done the One Week, One Vote initiative and a whole bunch of different things with bringing the polling location on campus.  We had been working on that probably about two or three years now, so to finally see it come on campus was pretty special,” Green said.

One of the main events for SGA in the spring semester will be the senate election.

“It’s going to be interesting to see how elections turn out this year because last year was an unopposed ticket.  Right now we’re working out how exactly that whole process is going to go, if we’re going to allow tickets or not,” Green said.

SGA was also one of the leaders in promoting the three fees that students approved earlier in the semester.

Green said, “We led the initiative regarding the fee increase, and that’s something we take pride in.”