Monken is finalist for Coach of the Year 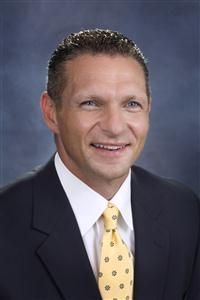 Georgia Southern University’s head football coach Jeff Monken has been selected as one of five FCS finalists for the 2012 Liberty Mutual Coach of the Year Award.

The award is a premier college football-coaching honor that promotes charity and scholarship while also honoring coaches for their sportsmanship, integrity, responsibility and excellence on and off the field.

The five FCS finalists were selected as a result of fan voting through CoachOfTheYear.com and Twitter from Sept. 12 through Dec. 1, and evaluated through an objective scoring model endorsed by the College Football Hall of Fame.

“We have heard first-hand by Georgia Southern fans’ voting that Coach Jeff Monken is a clear example of what it means to be a true leader both on the field and in the community,” James MacPhee, senior vice president and Chief Marketing Officer at Liberty Mutual Insurance said in a news release. “We applaud Coach Monken’s commitment to the values that help shape the players he coaches and sense of service to the community in which he lives and are pleased to celebrate him as one of this year’s finalists for the Liberty Mutual Coach of the Year Award in the FCS.

Fans have from not through Dec. 20 to cast their vote by visiting CoachOfTheYear.com and posting a premade tweet.

Liberty Mutual will announce the four winners the morning of the BCS Championship game on Jan. 7, 2013. The FCS coach winner will receive a $50,000 donation from Liberty Mutual to the charity or charities of his choice, as well as a $20,000 scholarship grant in their name fro the school’s alumni association.

At press time Monken was leading the FCS fan vote with 2162 votes followed closely by Moglia with 1830 fan votes.