Eagles to shine on big stage 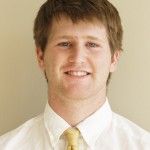 The Mind of Mac

GSU, watch out. Your Eagles are going to be playing in front of the nation Saturday afternoon in what is going to be a barnburner.

Both teams played last year in the playoffs and put on an offensive showcase with GSU being the victor by a score of 55-48.

This year Old Dominion University is considered the favorite as they are led by sophomore quarterback Taylor Heinicke, a Walter Payton Award finalist.

Heinicke is just as good as advertised and plays well beyond his years at the QB position, posting over 4,000 yards this year and — wait for it — breaking the single-game NCAA Division I record for pass yards in a game with 730.

The Eagle secondary is going to have its hands full with Heinicke and the Monarch aerial assault that led ODU to an 11-1 record.

However, this will be the third straight game that GSU will take on a team that excels at the pass game. GSU could use this to its advantage as it has had almost a whole month of preparation in a pass-oriented offense.