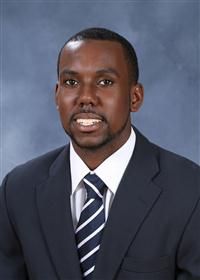 Reed, a senior, hit five-of-nine from behind the arc leading the Eagles to victory over Virginia Tech University at Cassell Coliseum.

In addition to being named Mid-Major Player of the Week by CollegeSportsMadness.com, Reed was also named Southern Conference player of the week by the website.

This is just one of many accolades for the senior guard. Reed’s mantle includes 2010-2011 National Historically Black Colleges and Universities (HBCU) and 2010-2011 Mid-Easter Athletic Conference (MEAC) Player of the Year.

Reed is beginning to come into his own after a slow start this season. Through 10 games Reed is now averaging 11 points per game while shooting 51 percent from downtown and is the Eagles’ second leading scorer.

The Eagles will face Mississippi Valley State University in Las Vegas on Saturday at 3 p.m., in what will be the first game of two games on consecutive days at the Orleans arena.