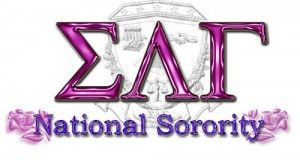 The Women’s Multicultural Society of Georgia Southern University is in the process of forming an interest group to bring the Sigma Lambda Gamma International Incorporated sorority to campus.

The group will have to be officially accepted by their National Office but they hope to become official next semester.

“It is a multicultural sorority, and the reason we want to bring it to campus is so that it emphasizes the diversity that we actually have on campus,” Andrea James, junior Spanish and English major and a current member of the WMS, said.

This sisterhood prides itself on being a diverse sisterhood that empowers women, Alyson Gilbert, junior art major and current member of the WMS, said.

“Our mission is to establish a community of girls who are striving towards academic excellence and sisterhood. We’re really excited to bring this to campus,” Gilbert said.

Not only does this group of women focus on academic excellence and sisterhood, but also the importance of not having to conform to any identities other than their own, Gilbert said.

“We wanted a place to fit in. We’re building this from the ground, up so it’s great that we are already having these friendships, and we’re not coming into something already established and having to be something other than ourselves,” Gilbert said.

While the WMS is still in the process of planning things out as far as the pledge process and requirements for joining Sigma Lambda Gamma, one of the things members are certain about is the fact that they are looking for open minded women who are interested in helping build this sisterhood and its mission.

“(Qualities WMS is looking for are) a willingness to build that sisterhood bond we are looking for as well as being open minded about different people, different cultures because it is a multicultural sorority and be willing to put in work because we are starting for the ground up. We are going to need people who are dedicated,” Eason said.

In the spring WMS plans to bring theme nights to GSU based on different cultures to emphasize the importance of diversity and give students different experiences and a glimpse into other cultures, Gilbert said.

While there is no set time as to when Sigma Lambda Gamma will be officially recognized on GSU’s campus, they do plan to continue their efforts and mission through the WMS.

Gilbert said, “It’s a process, so right now we will remain the Women’s Multicultural Society until we become a colony. After we submit our colony-hood we’ll hopefully start the process of becoming a chapter.”