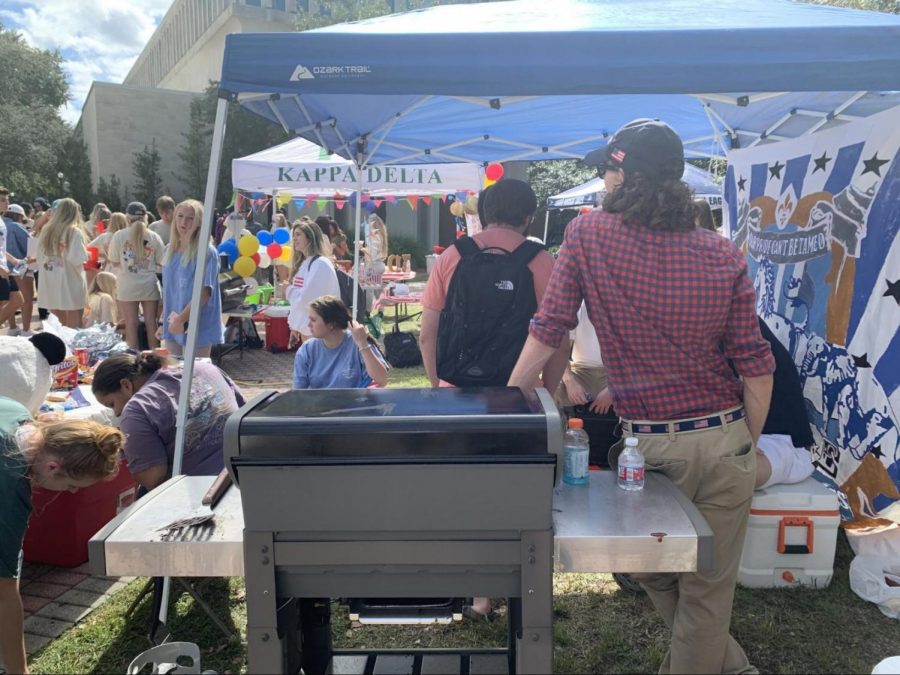 STATESBORO — Georgia Southern sorority and fraternity members hosted a tailgate at the Rotunda on Thursday to wrap up an eventful homecoming week.

While the homecoming game against New Mexico State wasn’t until Saturday, GS began the festivities early.

Greek members, along with the homecoming court, gathered at the Rotunda to pass out food, play music and get students excited for Saturday.

“It’s just a really good way to get fraternities and sororities, and even other people, to do something for the school and just all come together into one group,” Charlie Azbell, sophomore Sigma Alpha Epsilon said.

Everything from chicken to hamburgers were being grilled and made available to students for free, along with drinks, chips and other snacks.

The tailgate was a celebration of GS and student life, while also reminding students to vote for homecoming court.

All week sorority and fraternity members had been campaigning for the candidates representing their organizations at homecoming.

Each organization set up their own personalized booths and passed out treats to students walking by, along with flyers and cards promoting their homecoming candidates.

It was a busy week on Greek row as students not only campaigned for homecoming at school, but also participated in mandatory events pertaining to their organizations.

From the Doo-Dah dance competition, GSU Idol, the fair and the homecoming parade, GS students had a had a busy week.

Even though students were on a tight schedule, they still managed to take the time to make homecoming an enjoyable and entertaining experience for students on campus.

The homecoming queen was Delaney Polk of Alpha Delta Pi, and the homecoming king was Nathan Puckett of Sigma Alpha Epsilon.