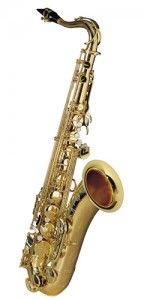 The Blue, Gold and World Jazz Ensembles will play an hour-long concert under the direction of Tim Kintzinger. Blue Combo and Gold Combo will perform pieces from jazz music’s history, including staples such as, “Baby, It’s Cold Outside” and “I Want You to Be My Baby.” The World Jazz Combo takes a slightly different approach.

This is the first semester that GSU has boasted a World Jazz Ensemble. Music education student Duane Borba first approached Kintzinger with the idea in March, hoping to explore his own interest of world music and also share this style with GSU.

“Throughout the summer we gave everyone homework. We had everyone listen to different styles of music so that those styles would eventually become part of their actual playing. There’s a lot of trial and error involved,” Borba said.

“The traditional combos are pretty straight ahead. There haven’t been any enormous challenges there, but the thing that I’m most proud of is the world jazz combo. Everyone provides input, and trying to make that work for the first time can be very difficult,” Kintzinger said.

The aim to diversify the music is a collective effort from the groups. Each ensemble is a small group chosen for their improvisational abilities.

“We approach things together. If someone starts doing something in these groups, the others will follow suit, and that is something that makes it so special. The World Combo is almost solely built on improvisation,” Kintzinger said.

Having three separate jazz combos is new for GSU’s music department. The interest in joining the group was high this year, and in order to maintain the feel of a traditional jazz combo the students were split into the three groups.

“We had enough personnel to make up three combos. There’s no specific hierarchy, just three separate ensembles. The students that are chosen for the ensemble are the most proficient improvisational players that are able to perform in this setting,” Kintzinger said.

Originality is the main focus of the ensemble. Even when playing jazz classics, soloists improvise melodies of their own design to showcase their musicianship.

Kintzinger said, “We’re taking jazz standards and pushing them to the edge by contorting them to our own sound, not only with nontraditional harmonic material but also by combining nontraditional musical cultures.”