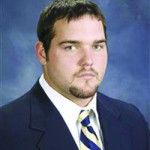 A few hours after the Eagles had a heartbreaking loss against Appalachian State University, senior defensive tackle Brent Russell (66) was arrested outside of Rude Rudy’s, leading to his indefinite suspension from the team.

Russell was charged with disorderly conduct and obstruction of a law enforcement officer at 1:17 a.m. after a fight broke out and he refused to comply with an officer’s order to leave, according to Georgia Southern University Department of Public Safety’s incident report.

As a result, Russell has been suspended from the team and practice until head football coach Jeff Monken sees fit.

“I place a set of parameters of much of which involves community service. It’s self-reflection time. He cares about football. That kid loves football and not being at football practice hurts him,” Monken said. “But, when you get in trouble and you represent the entire program, as all of our guys do and I do, there’s expectations that our guys have for conduct that the common guy doesn’t have…”

According to the incident report written by Sgt. Tyrone McBride:

McBride arrived at the scene when a member of Statesboro Police Department requested assistance for crowd control in University Plaza’s parking lot.

As officers tried to break up the fight, individuals tried to prevent officers from obtaining the offenders. Russell was one of the individuals asked to leave the area by police. Russell refused to leave after instructed to do so by McBride.

After McBride asked him to leave multiple times and informed Russell he would be arrested if he did not comply, Russell continued to curse loudly and not comply.

“That is some fucking bullshit. She fucking hit him first,” Russell yelled repeatedly in reference to the fight that initiated the arrival of police.

Russell did not heed McBride’s warning that he would be detained if he did not comply.

McBride proceeded to arrest and charge Russell with disorderly conduct and obstruction of a law enforcement officer.

As Russell was escorted to McBride’s vehicle he yelled, “This is a bullshit charge!” multiple times.

Russell was transported to Bulloch County Sheriff’s Office for housing and will be referred to GSU’s Office of Judicial Affairs.

Russell was searched before and after transports and no contraband was found on his person, according to the report.

Monken said Russell feels ashamed of his actions and that Monken plans to punish him in a way that is appropriate to the incident.

“He got in trouble. He did something stupid, and I know he’s remorseful for it. He’s ashamed, he knows what he did was wrong, and Imma punish him, and I try to always punish appropriately, and I think what I have in store is an appropriate punishment,” Monken said.

GSU Department of Public Safety was unavailable for comment by press time.