App. State to be a pain in Eagle football pads 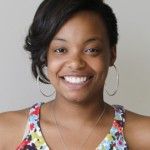 The Georgia Southern University versus Appalachian State University game, by far, is one of the most anticipated games of every GSU football season.

Last season, the Eagles fell to the Mountaineers in the bone-chilling temperatures of North Carolina. However, this year should be different because App. State hasn’t been playing championship football lately, losing three of nine games this season. As a matter of fact, two seasons ago the Mountaineers were the ones ranked No. 1 and the Eagles were trying to play spoiler. My, my, my, how the tables have turned this season, and if the Eagles want to keep their status, they will have to keep up their hard work.

One thing that I am glad to see the Eagles doing is accepting and getting comfortable with their passing game. The Eagles have a quarterback-duo that is perfectly capable of completing passes to its receivers, and that’s something it needs to keep up if it plans on playing in UGA’s territory week after next.

One thing that GSU will have to stay on top of is stopping the Mountaineers’ passing game. With App. State’s pass-aggressive quarterback Jamal Jackson, the Eagles’ secondary will have to keep an eye out for long distance plays. App. State has a beastly running back Steven Miller, who loves to catch short passes on the slant and keep his feet moving on the run. Miller is so beastly that he has 1,077 total rushing yards so far this season and averages 199 yards per game. GSU head coach Jeff Monken’s prized defense will have their hands full with App. State’s Miller-Jackson combo.

I believe that with the help of the GSU fans packing into Paulson Stadium chanting the “Georgia Southern, whose house?” chant will motivate the Eagles to victory. This game will be a close one but the Eagles will still come out on top of the mountaineers 28-21.