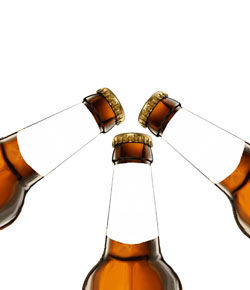 Athens has over 90 bars to choose from, and with student ticket sales sold out, those who want to watch the game outside of the stadium can grab a drink and bump shoulders at the bars.

Before and after the game the bars are pretty busy, and almost every bar will have the game playing, Kaitlin Roden, senior business management major and UGA student, said.

“Athens has the most quintessential bar scene with over 90 bars, and they are all close together. Most of them are lined up on three or four main roads,” Roden said.

The bars in Athens differ from the Statesboro scene, and GSU students should be safe but still have a good time, Roden said.

The Georgia Theatre is good place to watch the game, and it’s a popular spot in Athens, Roden said.

“The Georgia Theatre is like a music venue with a bar scene, and it plays the game on a huge screen,” Roden said. “Athens is known for this theatre, and it’s free.”

Sideways and Magnolias are a little more chill and have decent drink prices, Roden said.

“Wings are our specialty, and we have our Jerzee wings which is a popular here,” Jordan said.

“I haven’t been back to visit some of my friends that go there so it will be fun seeing them,” Annie Tuggle, senior public relations major, said. “I’m excited to be going to the game and knowing that there are so many other GSU students coming to support as well.”

Unlike the College Plaza’s bars in Statesboro those who are under 21 won’t be able to get in.

“Most bars you’ll have to be twenty-one years old to get in,” Roden said.

Roden and her friends have their favorite bars in downtown Athens, including the Georgia Theatre, Sideways, Magnolias, Jerzees and Silver Dollar.

“Even though all of the bars are close you can’t bring open containers out onto the streets or you’ll get arrested,” Roden said.

Athens is more developed and has more to do than in Statesboro, Will Frame, GSU senior sports management major and Athens local, said.

Frame said, “Use your head and understand that you can’t get away with as much in Athens.”