GSU will cage the Bears 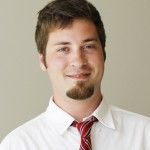 The Eagles start Football Championship Subdivision play this weekend and while conditions are looking good for Georgia Southern University to move on, it won’t be easy.

The University of Central Arkansas is a talented football team. With a balanced offensive attack and a quick defense, the Bears will put up a fight, leading to a close game given the two teams play turnover-free football.

The Bears are champions of the Southland Conference after going on a six-game winning streak to end the 2012 season, beating Sam Houston State University, last year’s FCS championship runner-up, along the way.

One advantage the Eagles have is that UCA has not played a triple-option offense this year. Rushing for an average of 401 yards per game this season, an effective running game will be the key to the game.

The Bear defense appears good by the numbers, allowing only 137.8 yards rushing per game, but most teams in the SLC don’t run as much as the Eagles do.

Averaging 132.6 rushing yards per game and 268 passing yards a game, UCA will bring an offense that uses the run to set-up the pass. The Eagles have generally been good at shutting down the run, so a lot of responsibility will fall on the secondary.

If the Eagles play turnover-free football, run the ball well and the secondary can keep a lid on the Bears offense, GSU will continue to the next round after a 35-28 victory.