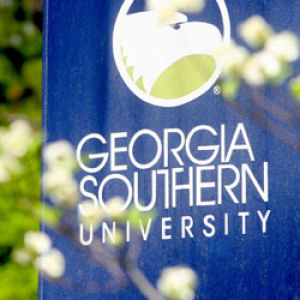 Director of Eagle Dining Jeff Yawn confirmed that iris cameras will be implemented in Landrum and Lakeside and that the two dining halls will be offering more support to students with special dietary needs.

Yawn detailed the major aspects of the new building including seating, hours of operation and the Orange Room as well as iris cameras.

The cameras will take a picture of a student’s iris and develop an algorithm that is unique to that student’s iris and will allow entry into both dining halls. These are being implemented instead of thumbprint scanners because they log many more points of recognition, but students will not be forced to use them, Yawn said.

The dining halls will offer alternate meals for students with allergies, like peanut allergies and lactose intolerance, and vegans. An expansive salad bar will be available at both dining halls, Yawn said.

Food will be served from islands located in central spots in the dining halls. A much larger kitchen in the back will support the islands by preparing food and spices to be cooked before delivering it, Michael Price, assistant director and executive chef of Eagle Dining Services, said.

Lakeside will feature a “signature room” called the Orange Room. It will offer a view of the lake and pedestrium similar to the view seen from Zach’s Brews. As its name suggests, it will have an orange theme, but not like Clemson or Tennessee’s color, Yawn said.

Landrum will feature a test kitchen where new employees will be trained. Though the details have not been determined, there will also be a cooking class for students offered there, Price said.

The dining halls will be closing earlier on Fridays and weekends, Yawn said.

Yawn said, The Auxiliary Services offices will move to the second floor of the new Landrum building, creating more space for the cramped department.