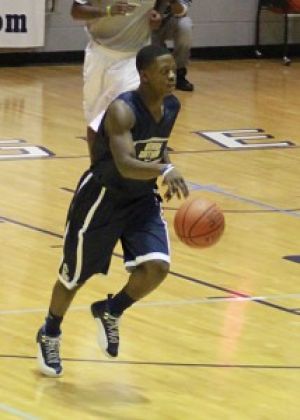 GSU (0-2) will play its first home game of the season at Hanner Fieldhouse against Webber International University (2-2) on Friday at 7 p.m.

GSU has started out the season a little rusty against two difficult teams that both resulted in losses, but WIU has a few more games under its belt. Webber won its first two games, one being home and one away, but then lost their third and fourth games, which were both away.

“We are going to climb this mountain, and we want to play on a national level, so we are always constructing a very difficult schedule to give them the best chance at winning a championship and more,” head coach Charlton Young said.

GSU will look to freshman guard Cleon Roberts, junior forward Eric Ferguson, and junior guard Tre Bussey for their consistent performance they have had in the past two games. Roberts has posted 29 points, Ferguson has posted 27 points, and Bussey has posted 20 points.

WIU is posed as a very defensive orientated team with several key players, but the Eagles are coming into this game looking to make improvements. While, WIU is coming off of two losses after two wins and its performance has been decreasing over the past four games.

GSU’s next stop will be on the road again headed towards Kennesaw State University on Wednesday at 7 p.m.