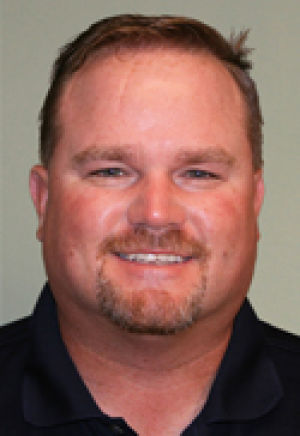 Leonard Bevill, Dr. Frank Simmons III and Dr. Kara Martin have been announced as the speakers for this years’ fall Commencement Ceremony on Dec. 14.

Both Bevill and Martin are GSU alumnae and Simmons graduated from Statesboro High School, according to the news release.

In order to create the three commencement ceremonies, the sizes of the graduates in each college are compared and later combined into three similarly sized groups. The colleges rotate the responsibility of choosing a speaker for the ceremonies, Curtis Ricker, interim dean of the College of Liberal Arts and Social Sciences, said.

Bevill, the president and chief executive officer of Macon Occupational Medicine, will speak at the 9 a.m. graduation ceremony for the College of Graduate Studies, College of Education, Jiann-Ping Hsu College of Public Health and College of Health and Human Sciences.

Bevill has a bachelor’s degree in recreational therapy and a master’s in exercise science from GSU.

In 2007, Bevill was named to Georgia Trend Magazine’s list of Georgia’s “40 Under 40 – Best and Brightest in Business, Education, Politics, Science and the Arts.”

Macon Occupational Medicine received the 2005 Small Business of the Year Award from the Greater Macon Chamber of Commerce under Bevill, according to the press release.

Simmons was selected as the speaker because he is from Statesboro and because he has been working at Gulfstream for 31 years. He has recently been focused on certification of the G650 and has studied the effects of lightning on airframe and fuel tanks designs, Dr. Mohammad Davoud, dean of the College of Engineering and Information Technology, said.

Simmons graduated from Statesboro High School before earning degrees from Georgia Institute of Technology and the University of South Carolina.

Simmons is a co-recipient of the 2010 JEC Composite Innovation Award and the 2008 Aviation Week and Space Technology Magazine Laureate Award for Aeronautics/Propulsion, according to a press release.

Martin, internist and hospitalist for Kaiser Permanente at Piedmont Hospital in Atlanta, will serve as the commencement speaker at the 1 p.m. graduation ceremony for the College of Graduate Studies, College of Science and Mathematics and College of Liberal Arts and Social Sciences, according to the release.

Martin graduated from GSU in 1991 with a bachelor’s in physics. Her 4.0 GPA earned her the Georgia Southern University Alumni Association Award for the graduating senior with the highest grade point average.

To earn scholarship money, Martin entered and was selected as Miss Georgia Southern University in 1991. In 1993, she was chosen as Miss Georgia and first runner-up to Miss America. With the scholarships she received through Miss America, Martin graduated from the Medical College of Georgia debt free, according to the release.

She was named the 2004 Alumnus of the Year for the College of Science and Technology.