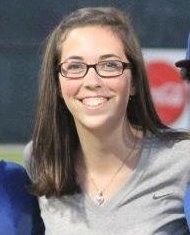 saddened at the loss of one of our own. Elizabeth Volker joined our

quickly became a beloved member of our team and a friend to all, said head football coach Jeff Monken. “Elizabeth was dedicated, servant-minded, and displayed an attitude and work ethic that made it evident that she loved this team. We will continue to keep her family in our thoughts and prayers.”

Georgia Southern University police confirm that the cause of death of freshmen pre-communications major Elizabeth Volker was self-inflicted gunshot wound.

Police are continuing the investigation and counseling services will still be available at GSU’s Counseling and Career Development Center, according to an email from Director Administrative of Marketing and Communications Christian Flathman.

Director Administrative of Marketing and Communication Christian Flathman confirmed there will be no further information released until the medical examiner releases the information tomorrow morning.

Flathman declined to comment on further information or details regarding the student’s death until then.

Associate Athletics Director Keith Roughton confirmed that the student was a young woman and was one of 15 football managers at Georgia Southern University. She worked in the equipment room.

Roughton declined to give information about the cause of her death or her name.

2:30 p.m.: Student’s body to undergo autopsy; no other information released

Director of Marketing and Communications Christian Flathman confirmed that an autopsy is being performed on the student found dead last night at University Villas.

The age and gender of the student has not been released.

No more information about the student is available at this time, but will be released later today.

“I am working with the University Police to gather as much information as I can and I will release it as soon as possible, probably later today,” Flathman said.

How long it had been since anyone had seen or spoken with the student has not been released.

Flathman stressed that the student body is not in danger.

“Following the preliminary investigation, there are no signs of forced entry or a violent crime taking place that anyone needs to worry about,” Flathman said.

According to a Campus Alert issued on my.georgiasouthern.edu:

Georgia Southern University Police were contacted by University Housing officials who discovered the body of a GSU student on Monday evening at University Villas, an apartment-style community on campus.

The identity of the student is being withheld pending the notification of next of kin.  Following an initial investigation, GSU Police noted that there were no signs of forced entry or criminal acts.

GSU President Brooks Keel said, “Georgia Southern is a close community and we are deeply saddened by the tragic loss of one of our students. On behalf of everyone at Georgia Southern, our hearts and prayers are with the student’s parents, family and friends.”

GSU Police are continuing their investigation.

We will update the article as we learn more information.