Scare on the Square arrives to arrive downtown 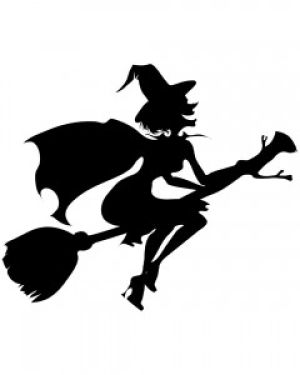 Zombies, scarecrows, haunted insane asylums and the 80s will come together for one night as Scare on the Scare kicks off on Oct. 27 at 5 p.m. and conclude at 9 p.m. with a “Thriller” dance performance extravaganza.

This year will be the mark of the fourth annual Scare on the Square in Statesboro featuring free festivities with hayrides, trunk or treat, scarecrow contests, live music, costume contests for both visitors and their pets, plentiful amounts of candy provided all night, a haunted house and a dance performance to the hit, “Thriller” by Michael Jackson.

“A lot of college kids do the scarecrow competition. There’s a lot of Georgia Southern clubs that get together to make a scarecrow,” Allen Muldrew, executive director for the Downtown Statesboro Development Authority and Main Street Statesboro, said.

Georgia Southern University students play a very large role in what goes on at Scare on the Square.

“We partnered with Georgia Southern last year. Dr. Brent Wolfe’s class expanded Scare on the Square with their Service Learning Project. They added the haunted house, the hayride and activities for kids like face painting,” Muldrew said.

The “Thriller” dance has been featured at Scare on the Square for the past three years.

“The thing that really got it started was the Michael Jackson ‘Thriller Dance,” Muldrew said.

Scare on the Square offers a chance of thrills, but it also gives its visitors one more night to show off their Halloween costumes. The costume contest is not only fun for the people of Statesboro but their pets as well. You can pre-register at the DSDA or Galactic Comics.

“Last year there was Georgia Southern students dressed as crayons, and they had the little cones on their heads. It was so cute,” Elena McLendon, office manager for the Downtown Statesboro Development Authority, said.

However, this year’s choreographer, Mathyn Miller, is shaking things up by changing the choreography and not sticking to the original Thriller music.

“We’re actually doing the version from the This is It movie. It has a few minutes of extra music and some hip hop that gives the dancers the chance to improv,” Miller said.

Most of the dancers in the “Thriller” performance are GSU students, including the male lead playing Michael Jackson.

“Ron Washington is in Euphoria at Georgia Southern. He’s a really great dancer and really fits the part for Michael,” Miller said.

There will be something for everyone at Scare on the Square whether it is a relaxing hayride, fun costumes, a haunted house or just a night out with friends.

McLendon said, “I’m not a big Halloween fan, but I really have fun that night.”