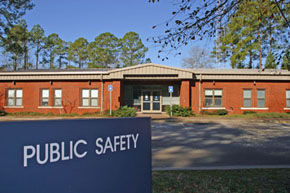 The Georgia Southern University’s Department of Public Safety said that there was not enough of a threat to students to issue an Eagle Alert after a student was attacked in an on-campus, strong-arm robbery on Oct. 14.

The incident occurred at 1:29 a.m. when two males assaulted a student in a strong-arm robbery on Lanier Drive by Kennedy Hall.

“You have to remember that (the Eagle Alert system) is an emergency alert system,” Mike Russell, director of the Office of Public Safety, said.

“There was no immediate danger, there were no weapons, the perpetrators had fled the scene and it was hours later. It was not an emergency situation,” Russell said. “The deciding factor on whether or not we send out an alert is ‘is it an emergency.’”

“The crime had originally been reported to the Statesboro Police Department, and there was a delay in getting the information to us,” Russell said.

To have an Eagle Alert sent out University Police must send it to the marketing and communication department, which then sends the alert to student.

“We were not informed on the need to send out an Eagle Alert,” Christian Flathman director of

Marketing and Communication at GSU, said.

“Public Safety and their team of outstanding professionals let us know if there is an immediate danger to campus, students and/or faculty and they make the call as to whether or not there is a necessity to send out an Eagle Alert,” Flathman said.

Flathman said students should not rely on Eagle Alerts. They are simply a supplement that says this is what is happening on campus.