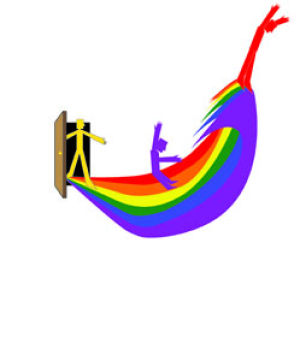 In 2009 Nick Anderson, freshman environmental engineer major, realized he had to tell someone something he hid for a long time.

Anderson realized he was gay, something that had taken him a long time to come to terms with. After working up the courage to come out to his friends and family, Anderson felt more like himself.

“When I first started telling people, everyone showed support, even those that I was unsure of. They just told me it didn’t matter because it didn’t actually change who I was,” Anderson said.

Students will have the opportunity to hear stories similar to Anderson’s as Gay Straight Alliance acknowledges National Coming Out Week at Georgia Southern University with a panel tonight at 7:30 p.m.

National Coming Out Week is a nationally recognized event that GSA has been celebrating with mock protests, mock weddings and fundraisers.

“National Coming Out Week is an event we’re having here meant to celebrate the gender and sexual minority community, coming out and how important it is to come out. And to encourage those who may be struggling to come out. Maybe not to everyone, but to at least one person,” Michael Boddie, senior Spanish major and president of the Gay Straight Alliance, said.

The panel will consist of a forum regarding political issues including gay marriage and coming out, Corey Dennis, senior Spanish major and GSA’s vice president, said.

“Doctor Nathan Palmer will be speaking from a straight man’s perspective about his gay friends coming out to him and what that means to him. Carson, Skippy and myself will all be part of the panel and will be briefly answering questions,” Dennis, said.

The GSA also understands that the act of coming out that the event centers around may not be for everyone.

“There is a lot of pressure in certain sections of the GSM community to come out. They emphasize coming out quite a bit, which isn’t always possible for people,” Carson Hendrix, junior history major and the GSA’s historian, said.

The organization hopes students will benefit from this event.

Dennis said, “I hope that ultimately people will get on board with our message of loving one another and promoting awareness and tolerance regardless of how you identify yourself or where you come from. This program is going to serve to let everyone know where we stand and that they can be a part of that. I think that’s really what we want.”