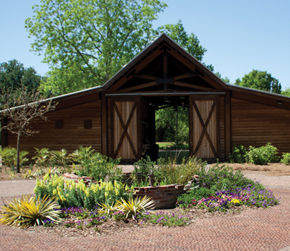 Beer, BBQ and music will bring the community together at the Garden of the Coastal Plain at Georgia Southern University.

“It’s an amazing band in a beautiful place, and it’s a good cause to benefit the university and the community,” Carolyn Altman, garden director, said.

Front man of the band, Jeff Mosier, has worked with the popular jam-band Phish, tutoring them in the ways of bluegrass.

Mosier’s daughter is a freshman at GSU, which prompted the band’s decision to play at the event, Altman said.

Individuals involved with Rhythm and Brews would like the event to become a fall tradition incorporated into homecoming week or the family weekend, Altman said.

“The beer is great and the food is terrific,” Altman said.

Bill Thomas, co-owner of Big Bad Wolf BBQ, is excited to be catering the event for the second year in a row.

“Last year was so much fun, and the staff out there was wonderful,” Thomas said.

Altman and Thomas agreed that students and community members should come out to Rhythm and Brews in support of the Garden of the Coastal Plain.

“It’s hard to be there and not smile,” Thomas said.

Thomas is a graduate of GSU and became the first eagle mascot as a student.

The ties with the community of Statesboro run deep and make the event’s purpose that much sweeter, Thomas said.

Altman stressed the importance of coming to the event because fundraisers such as Rhythm and Brews fund all of the garden’s upkeep and growth.

“The garden is the heart of where Statesboro came from,” Altman said.

The Garden of the Coastal Plain offers a lot to the community, including educational tours and holds occasional weddings.

The garden serves over 1,200 GSU students per year, providing them classes and jobs and also sees 2,000 school children per year for field trips, Altman said.

Tickets are $50 per person, including the unlimited beer tasting of brand new craft beers and dinner. All event goers must be 21 or older.