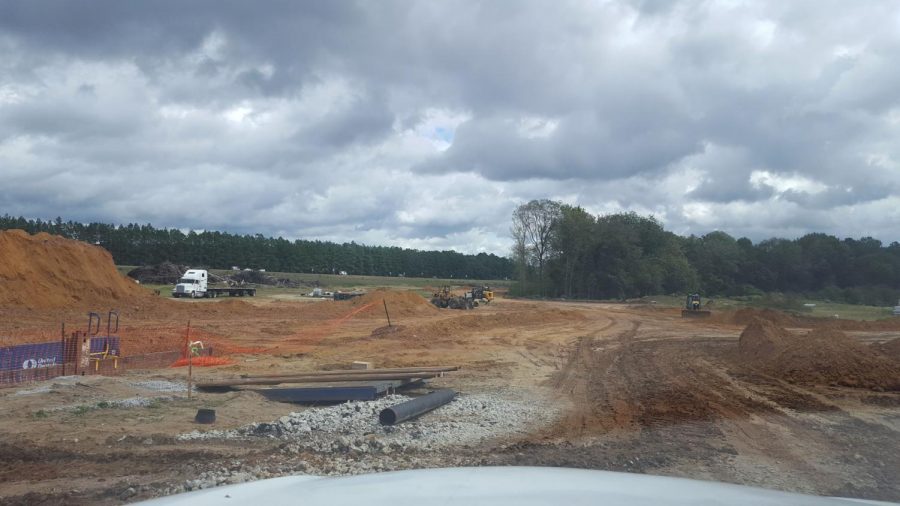 STATESBORO — A Publix is set to be built in Statesboro at the new Eagle Corner Shopping Center.

The Watkins Real Estate Group, from Atlanta, Georgia, will be conducting the construction project.

Darin Van Tassell, Tormenta FC Owner, land developer and owner of the Clubhouse in Statesboro, said that a good reputation and quality are things that he thinks Publix will bring to Statesboro.

“The same way that anybody would have a great reputation of having a higher-end food quality,” Van Tassell said. “And having it directly across the street makes it the closest grocery store to campus.”

The Publix has 12.2 acres, the area across the street from the GS RAC will also be developed. Old Register Road will be increased to a five lane road, and two new traffic lights are set to be installed to accommodate increased traffic flow.

“All this is intended to handle the traffic from Publix stadium concerts that will be stadium, there’s hotels and theaters. There’s quite a lot of shops that will be built there over the next couple of years,” Van Tassell said. “So it is a really big giant master plan that we’ve been putting together for about 4 years now.”

According to Van Tassell, the road construction should be done by the end of the year, groundbreaking will start in January or February of next year, and by the end of 2020 the Publix should be completed.

Van Tassell said that this was a game-changer for Statesboro, and that the planned shopping center will serve as a great first impression as people drive by on Highway 301.

“It will completely change the city of Statesboro’s brand, and also change that corridor where drivers come into Georgia Southern University,” Van Tassell said. “I think it’ll do wonders for recruiting, retention and other things. People will be getting their first impression of becoming new students at the University.”

The Publix will be located on at the intersection of Old Register Road, and Veterans Memorial Pkwy.