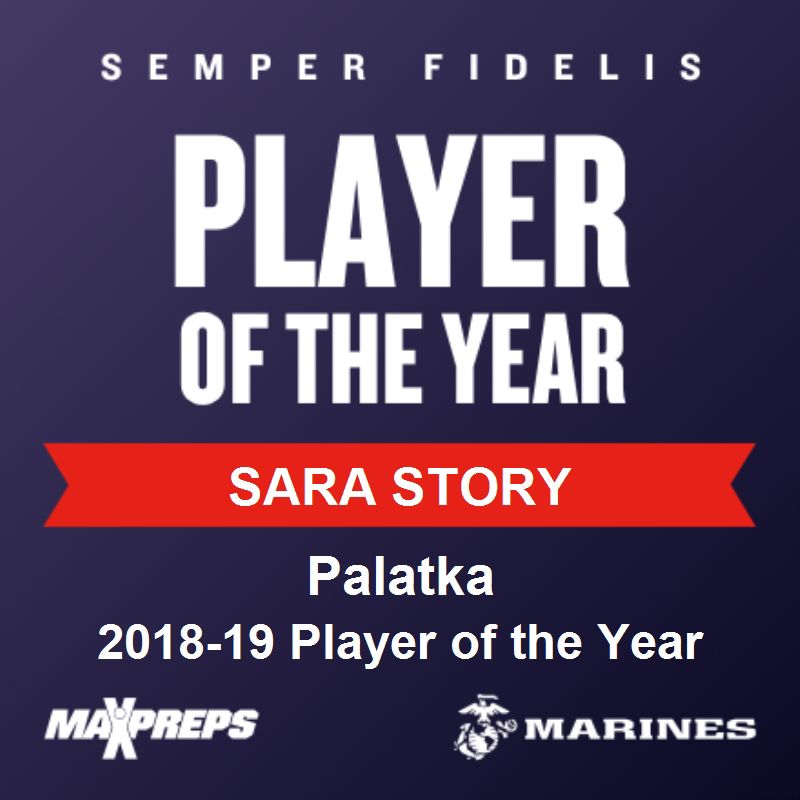 Story received player of the year her senior season before enrolling early at Georgia Southern in January.

When freshman goalkeeper Sara Story was younger, she never imagined her life without gymnastics. When her dreams were suddenly crushed, she was forced to find another sport to devote all of her time to.

“I was a gymnast up until I was about twelve,” she said. “I wanted to be an Olympic gymnast, that was the dream…I liked to put on a show and I loved when people were watching me.”

A sudden growth spurt pushed her to be about 5-foot-8, taller than all of her peers. Since most collegiate gymnasts are much shorter than that, she was discouraged of continuing the sport.

In a search for a new passion, Story played with the idea of playing soccer. She “just wanted to do something where she could fly”, which led her to goalkeeping.

The first time she tried out for soccer, in sixth grade, the coach told her she was too short for the position.

“I ended up going home and crying so much,” she said. “How’d I go from being too tall to being too short?”

After a motivational talk from her mother that night, she went out to tryouts the next day and made the team. This was the start of her soccer career, and she never thought she’d end up at a Division I school for her talent at the time.

In eighth grade, she started attending camps and combines. She continued to impress on the field as a goalkeeper and decided to keep at it.

During her sophomore year in high school, Story visited GS and immediately fell in love, even though it was one of the first schools she’d ever toured.

“I just felt very welcomed even though I wasn’t even apart of the team,” she said. “Everybody was so happy and it was nice.”

Story describes her hometown of Palatka, Florida as a small town where everyone knows everyone. Her father was her soccer coach at school her senior year and she insists that he wanted her to enjoy the game and not focus all of her time on recruiting.

When the time came, he assisted her with sharpening up her skills before moving to start her collegiate career.

She played club soccer for United Soccer Alliance DA and competed with the US Soccer DA National Tournament Final 4 team, while playing varsity volleyball. She notched 144 saves throughout her high school career.

“My dad is so supportive in anything and everything that I do,” she said. “He makes sure that I know I can do anything I set my mind to.”

Uprooting her whole life to Statesboro was an easy adjustment because it is the small town feel that she is accustomed to, plus more things to do.

The women’s soccer team has had to undergo a coaching staff overhaul this offseason, with interim Head Coach Josh Moffet at the reins since early August. The team has had a strong start compared to previous seasons and she already sees growth in the team from last spring when she arrived on campus.

“We’re already on track to beat our previous goal record by a lot,” she said. “Our defending is going very well… Josh [Moffet] is taking more of a professional approach on having us actually knock the ball around and play to each other. It’s working out for us very well.”

In the future, she would like to become a sports broadcaster but she wants to keep her options open which is why she’s decided on a communications major.

Story has not seen action this season, as she is the only freshman goalkeeper on the roster.