PREVIEW: Eagle offense looking for redemption on the road 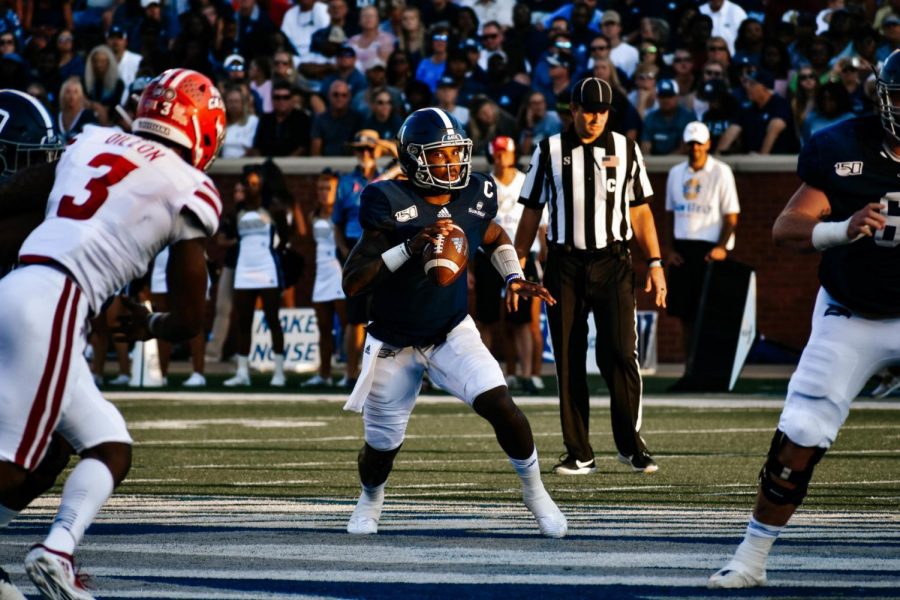 Werts returned to the field for the first time against UL since being injured at LSU.

The Georgia Southern football team is set to take on South Alabama in their second conference game of the season, and a struggling GS offense is looking to break their two-game losing streak.

The Eagles have been struggling on the offensive side of the ball, starting when starting redshirt-junior quarterback Shai Werts was injured against LSU and sat out for two more games following.

Werts made his reappearance on the field in the loss against Louisiana where he rushed for 93 yards and passed for 37. The quarterback struggled, as he only completed six passes out of his 12 attempts and was sacked three times.

Keeping in mind he’s still getting back into the groove of things, Werts can be expected to play against USA.

So far on the offense redshirt-sophomore running back Logan Wright has led the team with a total of 248 rushing yards on the season and two rushing touchdowns.

A big returner coming back to the field for this game is junior running back Wesley Kennedy III, who has been out for the past four games due to academic suspension. Now that the junior has served out his suspension, everyone is eager to see him back on the gridiron. Kennedy rushed for 495 yards last season as well as three touchdowns.

Sophomore quarterback Cephus Johnson leds the Jaguars, so far playing in all five games, and throwing for 514 yards as well as rushing for 192 yards on the season. Johnson has also rushed for four touchdowns this season as well as throwing for three.

The Jaguars have shown to be strong in their passing game, posing a problem for the Eagle defense who has historically had problems with controlling a passing offense. Sophomore wide receiver Jalen Tolbert currently leads USA offense on the receiving end as he’s notched 158 yards receiving, ageraging 31.6 yards per game.

Rushing-wise, the offense remains strong with leader Tra Minter, who’s racked up 432 yards this season alone, averaging 86.4 yards per game. The senior running back has also rushed for two touchdowns while averaging eight yards her carry.

The Eagles will be traveling to Mobile, Alabama Thursday, with kickoff set for 7:30 p.m. Eastern.