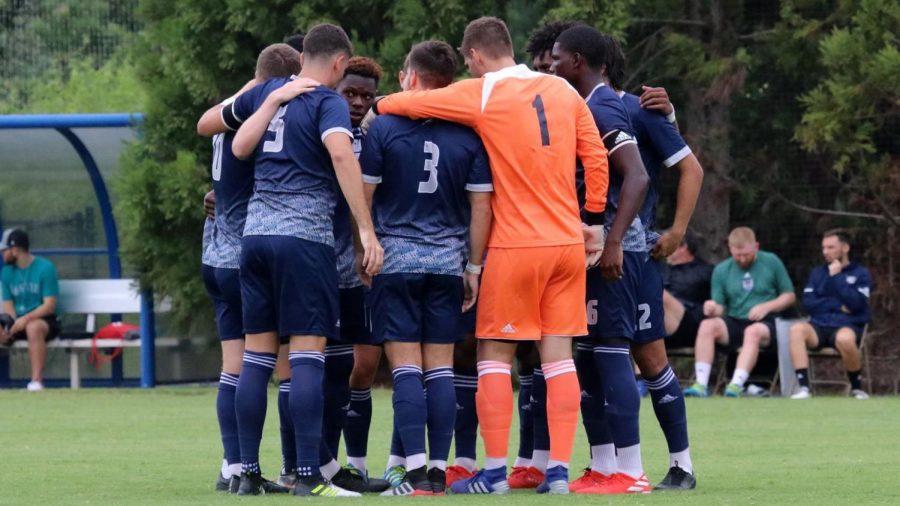 The men's soccer team will take on Mercer at home on Friday.

The Georgia Southern men’s soccer team is set to host their first home game of the season against the Campbell Camels at Eagle Field Saturday.

Having dropped the last game against Stetson on Wednesday, the Eagles roll into the match at 3-2 while Campbell holds a 3-2-1 record.

The Camels are undefeated at home this year, but have yet to win a game on the road. They have most recently suffered a tough loss to Coastal Carolina on Tuesday.

Campbell is anchored by a relatively young defensive unit that has allowed only two goals in the last five outings, including three consecutive shutouts prior to the last-second 1-0 loss to Coastal.

The Eagles are coming off of a stalled offensive performance against Stetson, that they hope to improve against a stingy defense in Campbell.

The last time these two teams faced in 2017, GS came away with a 1-0 victory for the second win by the Eagles in series history.

Spurred on by a Statesboro crowd for the first time this year, the Eagles will look to capture their fourth win of the season in front of the home fans against a tough out.

After tonight’s game, the Eagles will face the Blazers of UAB on Sept. 24 in Birmingham, Alabama.