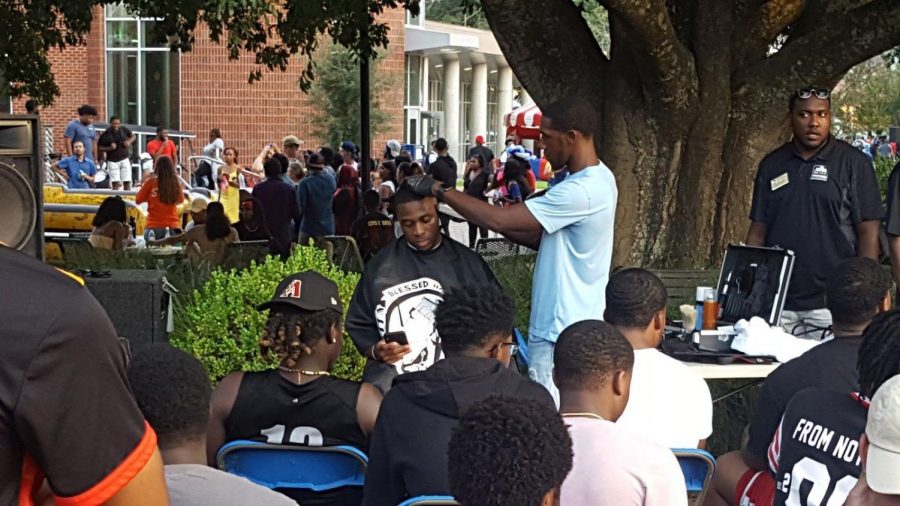 The most recent MOVE event was Barbershop Talk at the Georgia SouthernUnity Festival on Thursday, Sept. 12.

STATESBORO — The MOVE Initiative at Georgia Southern provides a culture of academic support and success for African American men on the GS campus during the 2019-2020 academic school year.

Aaron Tate, public relations chair of the MOVE Initiative, said that improving the academic success of African American men was the goal.

“Our organization is basically about the holistic development of men. We are an African American male initiative so we focus on retention, progression and graduation rate,” Tate said.

“We want to teach people, of course, how to be legendary.”

Aaron Graham, MOVE Initiative historian, said that the initiative allowed him to make more friends and earn a better GPA.

“MOVE has impacted me in a lot of ways… socially, academically and spiritually,” Graham said. “I’ve gained more friends. My GPA has gone up. I’ve just gotten out more. I’ve stepped outside of my comfort zone a lot more.”

MOVE’s most recent event was called Barbershop Talk at the Unity Festival on Thursday, Sept. 12.

Graham said that Barbershop Talk is meant to bring an atmosphere where people can just be themselves.

“We wanted to bring that same atmosphere you get from an African American males standpoint. When you go into a barbershop, you are free to just talk about anything,” Graham said. “There’s just no pressure and you can just be yourself.”

The next event for the MOVE Initiative will be the Eagle Luau with Campus Recreation and Intramurals at the RAC on Tuesday at 7 p.m.