Breida in the Pros: Week Two 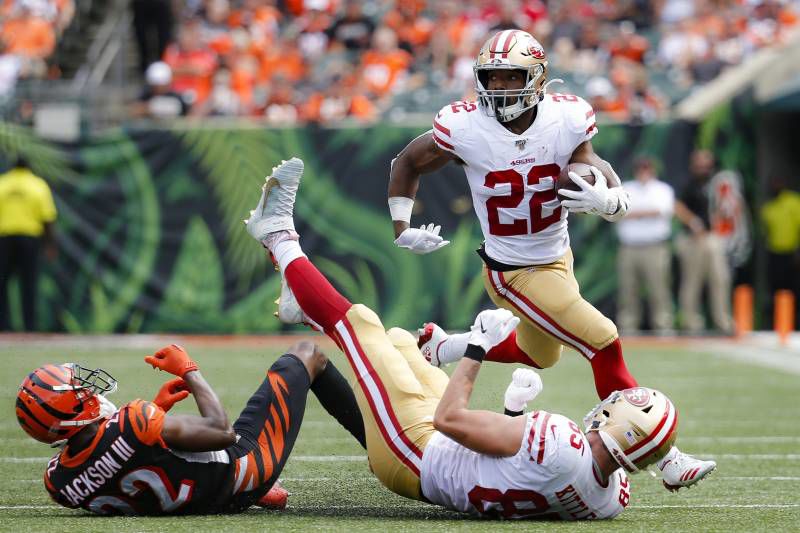 Former Georgia Southern running back Matt Breida shines for the San Francisco 49ers in a dominant win in their week two matchup against the Cincinnati Bengals.

The 49ers cruised to a 42-17 victory over the Bengals with Breida leading the rushing attack.

With an injury to starting running back Tevin Coleman, Breida assumed the number one ball carrying duties for the 49ers and he did not disappoint. Breida led all 49ers rushers with 121 yards on 12 carriers averaging 10.1 yards per attempt.

“Watching Breida run…it was incredible, man,” Irvin said. “That was Barry Sander-ish right there in the hole, making runs like that.”