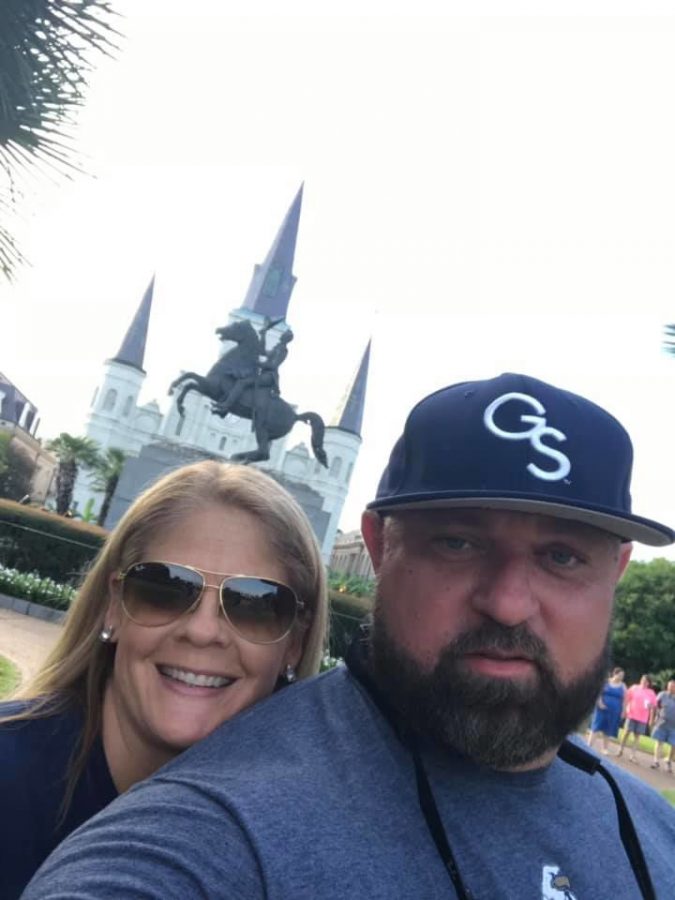 Georgia Southern alumni Danny and Julie Hagan were killed in an auto accident Sunday night on their way back from Baton Rouge, Louisiana.

Following the death of two Georgia Southern fans who were killed on their way back from Baton Rouge, LSU fans have created a gofundme to raise money for the family and their children.

Danny and Julie Hagan were driving home from Baton Rouge on Interstate-16 Sunday evening when their car hydroplaned, went off the highway and struck a tree in the median. Danny was killed on the scene and Julie was pronounced dead later in Augusta Medical Center.

The Hagans were both alums of GS and have three children who attend GS.

Monday night, LSU fans created a gofundme to raise funds for the Hagan family. The goal is $10,000 and nearly $5,000 has already been raised.

“Our thoughts and prayers go out to the entire GSU community,” the post reads. “ We’ve established contact with a close friend of the family who will assist with delivery of funds when the time comes.”

The link to the GoFundMe can be accessed here.

Support, thoughts and prayers poured in from the GS community.

“Heartbreaking …True Blue and will be missed,” head football coach Chad Lunsford said in a tweet. “Thoughts and Prayers to the Family from the football program.”

In addition to the gofundme, there has also been a Meal Train founded to deliver food to the Hagans. For more on the Meal Train, click here.