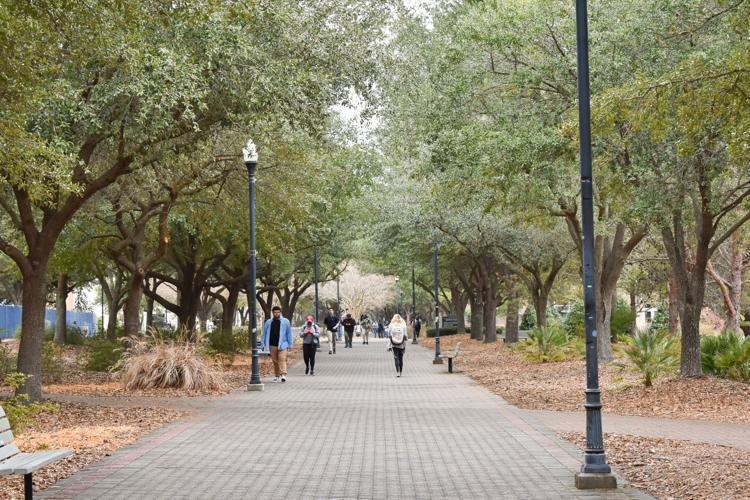 Sasaki is an interdisciplinary architecture, landscape, planning, and urban planning firm based in Watertown, Massachusetts that has been working with the university for about nine months working on expanding the features of GS.

The design program that Sasaki presented at the meeting helps explain how to fix areas around GS that are too congested. The project is a long term plan that is still in process.

SGA President Juwan Smith said he hopes that students see see that the project was proof that GS was investing in them.

“Our people are our greatest asset,” Smith said. “I would hope prospective or current students feel their success at GS matters and that the university wants their  experience in and outside of the classroom to be exceptional.”

“A series of projects, buildings, open spaces and everything that will help elevate your experience here as students is what we are aiming to do,” Friend said.

The pedestrian and areas around the Russell Union are areas where Sasaki is looking to start the expansion process.

“This is about creating a future vision for the campus and new projects and a better overall experience,” Kim said.

Brett Kohler, SGA vice president of finance said that SGA senators liked the open space concept, but that some senators still had a few concerns.

“I think that most of the senators were really excited about seeing the more open green spaces and seeing them build on campus housing closer to the pedestrian,” Kohler said. “Some of the new housing complexes were being built on current parking lots and a few of the other buildings seem to take away parking. They did mention a new shuttle but they didn’t go into detail with it.”

“I like the idea of open spaces because the Russell Union is always packed and there is no where to sit,” Strine said.

Ken Gassiot, Ph.D., associate vice president for student affairs, said that students will see more that while the specifics of the project may change, changes were still coming.

“Everything that we see today is not necessarily what we are going to move forward with but it’s a pretty good road map,”  Gassiot said. “Prepare to see changes and suggestions to our campuses in Savannah and Hinesville”.