Eagles head to North Florida looking for a win 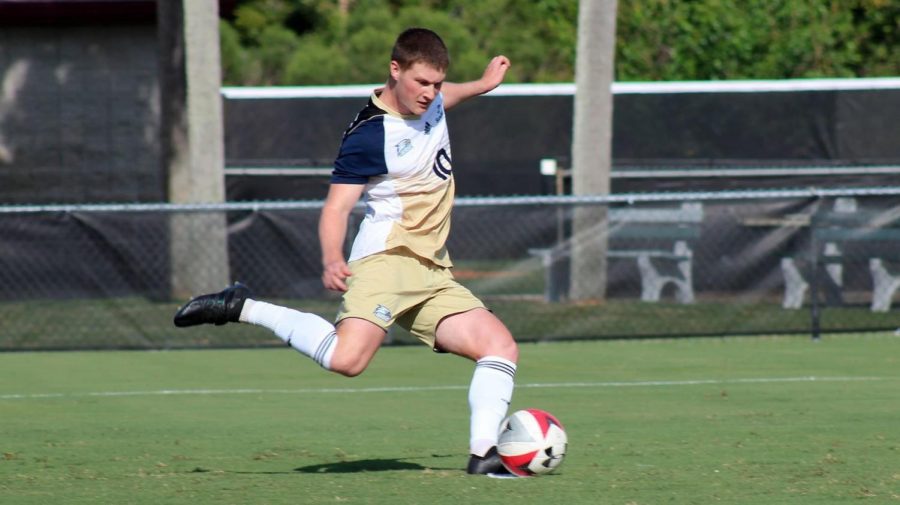 The Georgia Southern men’s soccer team looks to ready the storm as they prepare for the second of three consecutive away games against North Florida in Jacksonville on Friday.

The Eagles home opener against Merrimack was cancelled last Friday as the university took precautions from threats of Hurricane Dorian and Sunday’s match at Florida Gulf Coast resulted in the team’s first loss of the season.

Junior Alhaji Tambadu continued his hot streak of goals scored on the season, accounting for the Eagles sole goal of the afternoon and his fourth in the first three games, in the 5-1 loss to FGCU.

“[I]t was a pretty disappointing result,” head coach John Murphy said in a press release. “The little details at this level are important, so it’s back to the drawing board this week.”

The Eagles seek to capture their third win of the season against a North Florida team they haven’t lost to since 2015.

Sophomore Adam Davie scored a goal within the first three minutes of last year’s 3-0 shutout of UNF and with a largely returning cast, the team looks to get back on track over the weekend.

“We will use our time as best we can to prepare for our game this Friday at North Florida,” Murphy said.

UNF is coming off a win against USC-Upstate and a cancelled game against Marist because of Hurricane Dorian. They face off against GS state rival, Georgia State, on Monday, Sept. 9 prior to the weekend match against the Eagles.

The Eagles and North Florida Ospreys take the field at 7 p.m. on Friday, Sept. 13 at Hodges Stadium in Jacksonville, Florida.