Men’s soccer heads to Birmingham for match against UAB 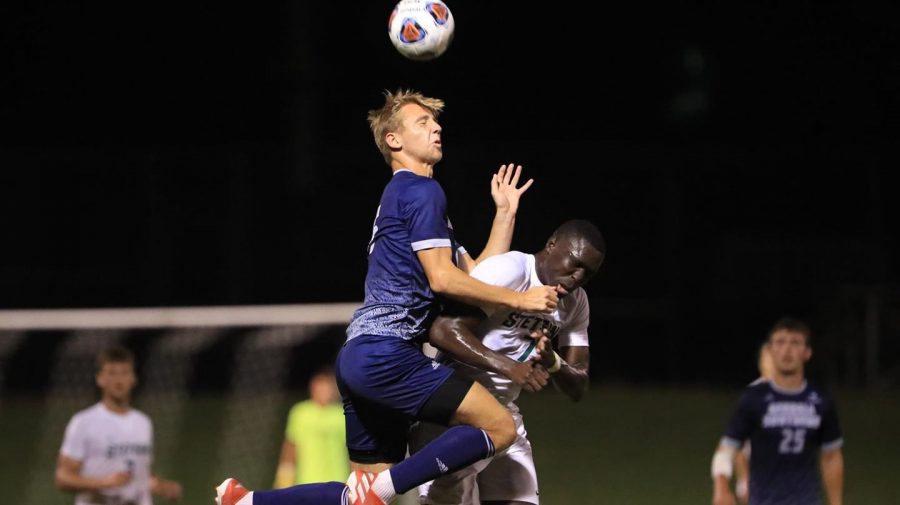 The Georgia Southern men's soccer team holds a 3-3 record going into this game.

The Georgia Southern men’s soccer team looks to right the ship as they head to Birmingham, Alabama on Tuesday night to face the UAB Blazers.

The Eagles face a quick turnaround after dropping the home opener on Saturday to Campbell and are looking to shift momentum having lost three of the last four.

UAB is led by sophomore midfielder Blake White who has four goals this year, while junior midfielder Alhaji Tambadu leads GS with four goals as well.

The most recent match in 2018 resulted in a double overtime 1-1 draw between the two teams in Birmingham.

Tuesday night’s contest will be the last away match before a three-game homestand, including a game in Savannah at Armstrong Soccer Field.

The Eagles and Blazers kick off the sixth meeting between the two on Tuesday, Sept. 24 at 8 p.m.