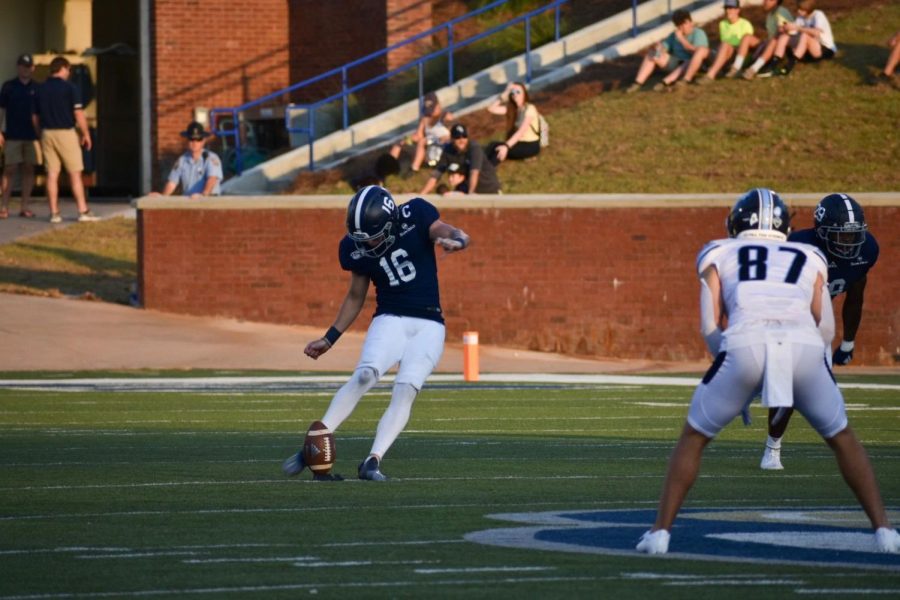 The Georgia Southern football team bounced back against Maine on Saturday with a 26-18 victory at home.

STATESBORO — In the first home game of the season, the Georgia Southern football team defeated the Maine Black Bears 26-18.

With a 1-1 record and a redshirt-freshman quarterback at the reins, GS looks to keep the momentum going on the road next Saturday when they take on Minnesota.

Here’s a quick look at the victory:

In his first collegiate start, redshirt freshman quarterback Justin Tomlin went 4 for 9. Similar to Werts, Tomlin is dual-threat. He threw for 63 yards and rushed for 132 yards. Using both short and long passes, he showed strong decision making and kept the offense moving.

After a few three and outs, Tomlin found his rhythm with the help of redshirt sophomore running backs Logan Wright and Matt LaRoche. Wright had 114 rushing yards and LaRoche recorded the longest run of his career in the third quarter with a 75-yarder.

Wright, LaRoche and Tomlin each had over 100 rushing yards, which is the first time since 2012 that GS has had three 100-yard rushers in a game.

Laroche scored his first career touchdown at the top of the fourth quarter with an 11-yard run. He extended the lead 23-3 and took away the chances of a Maine comeback. He finished the game with 154 yards and one touchdown.

Redshirt-junior quarterback Shai Werts was deemed day-to-day by Head Coach Chad Lunsford at the beginning of the week and did not dress out at all for the game. His status for next week’s matchup in Minnesota is unknown at this time.

Redshirt-senior kicker Tyler Bass had another strong night. He was responsible for four field goals, the longest a 40 yard field goal in the fourth quarter. This game was his career high for attempted and made field goals in a game.

Though students have been out of school all week due to Hurricane Dorian, the attendance for this game topped last year’s home opener. When GS played South Carolina State, the attendance came in at 15,260. This game, 17,202 packed Paulson.