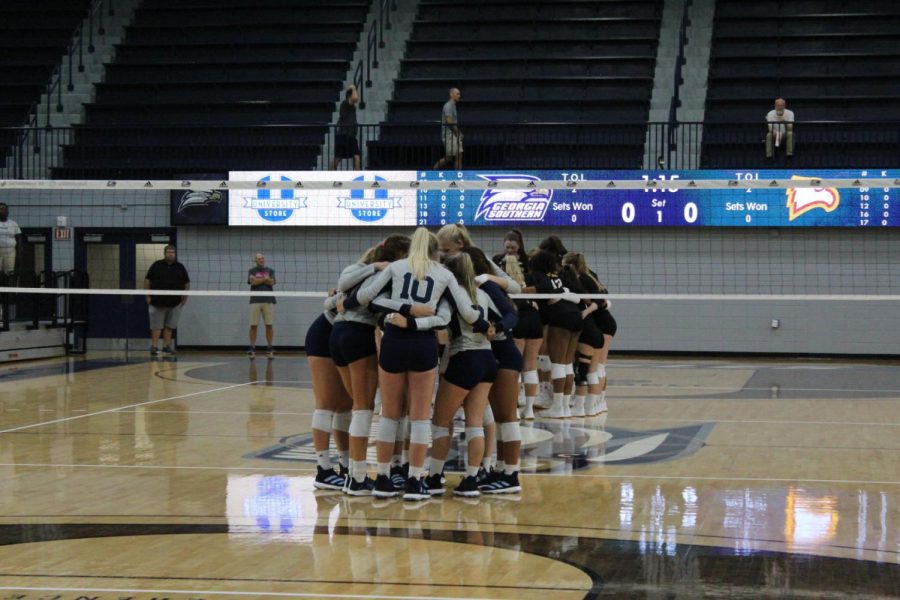 The team goes into this game 4-3 after a two-win weekend in the Georgia Southern Invitational.

The Georgia Southern volleyball team travels to North Florida on Tuesday for a crucial match before its weekend trip to the Tennessee Invitational in Knoxville. The 4-3 Eagles are fresh off a 2-1 host weekend and four matches away from Sun Belt play.

The Eagles are 5-4 all time against the Ospreys but losers of the last two. GS hopes to end that streak, just as as UNF hopes to ease its way back into a positive season after its latest match against South Florida dropped the Ospreys to 4-6 in 2019.

The Eagles expect to be led by the offensive trio of  freshman right side hitter Mya Wilson, sophomore setter Madison Brown and sophomore outside hitter Maddie Bryant, who were named members of this weekend’s all tournament team.

Wilson feels the team is ready and feels that this game will prepare them for the last weekend of non-conference play.

“We’ve done a really good job preparing,” she said. “Especially with this past weekend winning two games, we’ve got a really tough tournament coming up and this can give us that kind of momentum going forward.”

The match tips off on Tuesday at 6 p.m. in Jacksonville.