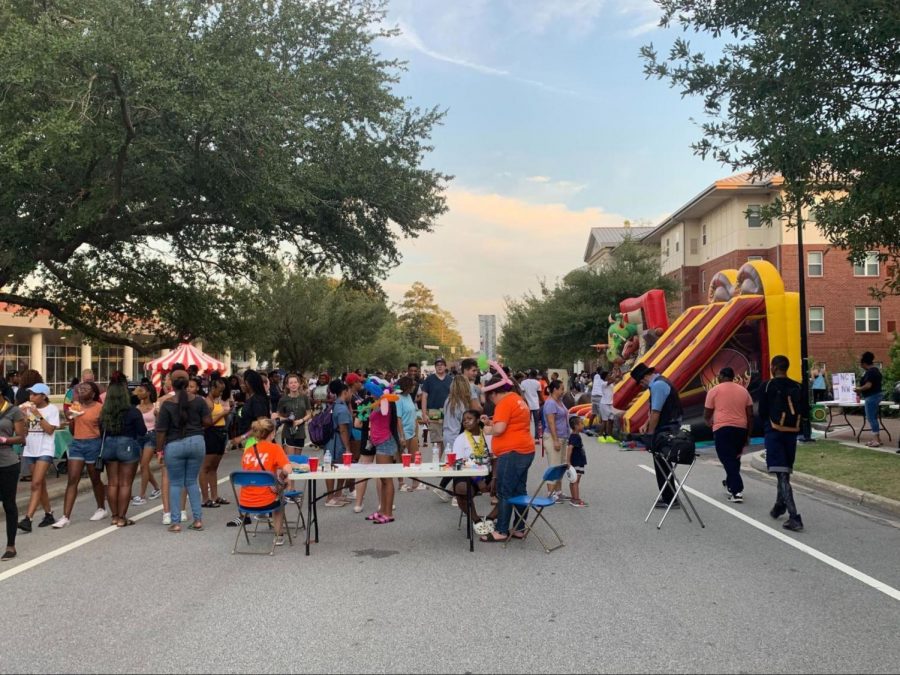 STATESBORO — The Department of Multicultural Affairs hosted its annual Unity Fest Carnival on Thursday evening in front of the Landrum Dining Commons.

The event featured a variety of events, food, music, games, student led organizations and various non-profits from the Statesboro area.

Ken Gassiot, Ph.D., Associate Vice President for Student Engagement said that creating a bond through diversity was the goal of the carnival.

“This is just a great event for all students across campus to come out, to enjoy music, enjoy food, to enjoy games that are all different and it helps them become part of the bond of Georgia Southern,” Gassiot said. “The Department of Multicultural Affairs works with a variety of groups so that there is a good amount of diversity here.”

Fire performers were also out in full force.

Some students really look forward to the event, like junior multimedia journalism major, Akilah Dillon who has attended the event every year.

“I heard about it my freshman year…we look for it on the calendar every year,” Dillon said. “I like seeing the different events they put together and the cultures that come out.”

The Fraternity’s goal is to strengthen the Southern coastal Statesboro and Savannah, Georgia area and our community by being men of integrity, good character, and exemplary conduct, according to their MyInvolvement page.

“We are handing out voter registration forms so that when elections come they can be properly represented,” Robert Thomas, President of Omega Psi Phi Fraternity said.

Barbara King, a member from the Statesboro-based non-profit, One Boro, said that they were trying to start a dialogue among citizens in Statesboro about the cities’ goals, as well as bridge the gap with the GS community.

“We are trying to get everybody to discuss, what are their goals for Statesboro, what are some things that we do well and what do we see for the future,” King said. “Thinking about Statesboro in terms of GS, I think that there are some mutual goals that we can work out as well.”

Unity through diversity and inclusion, as well as community out were themes among the student organizations and off-campus non-profits at the event.

For the National Council of Negro Women, Rochelle Owens, senior sports management major and club member, said that the spirit of unity and women’s empowerment and recognition on the GS campus were their goals.

“We really just want to empower everybody and be a listening ear in today’s world. Owens said. “Just come out and see what we’re about and promote unity.”