Women’s soccer hopes to get back on track in Athens 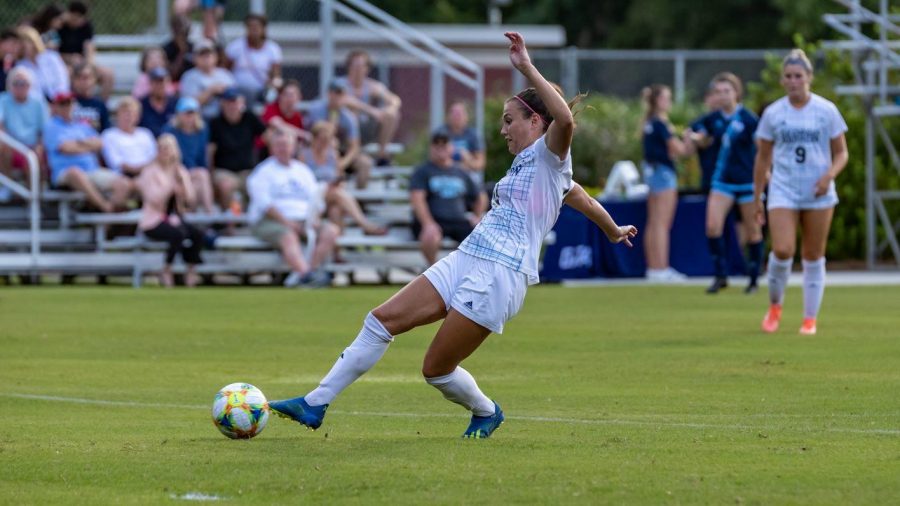 The team hopes to improve their 3-3 record on Thursday.

The Georgia Southern women’s soccer team will travel to Athens to take on the Georgia Bulldogs.

GS is coming off two consecutive losses to Stetson and Davidson last week and they will work on playing more aggressive on offense after Interim Head Coach Josh Moffet expressed dismay about the performance on Sunday.

“We controlled the game better in the second half but lacked the ruthlessness we’ve shown all season inside the box,” Moffet said.

UGA has suffered three losses against Purdue, Virginia Tech and Clemson. The team is led by sophomore goalkeeper Emory Wegener who has notched 18 saves.

The Bulldogs have six players who have scored one or more goal and freshman forward Chloe Chapman leads the team with three so far this season.

The Eagles turn the page on a rocky week and look towards the next match against a tough team.

“Our focus now turns to UGA before playing in front of Eagle Nation next Sunday,” Moffet said.

GS will head to Athens for a 1 p.m. match against the Bulldogs on Friday, Sept. 13 before a home game against UAB.