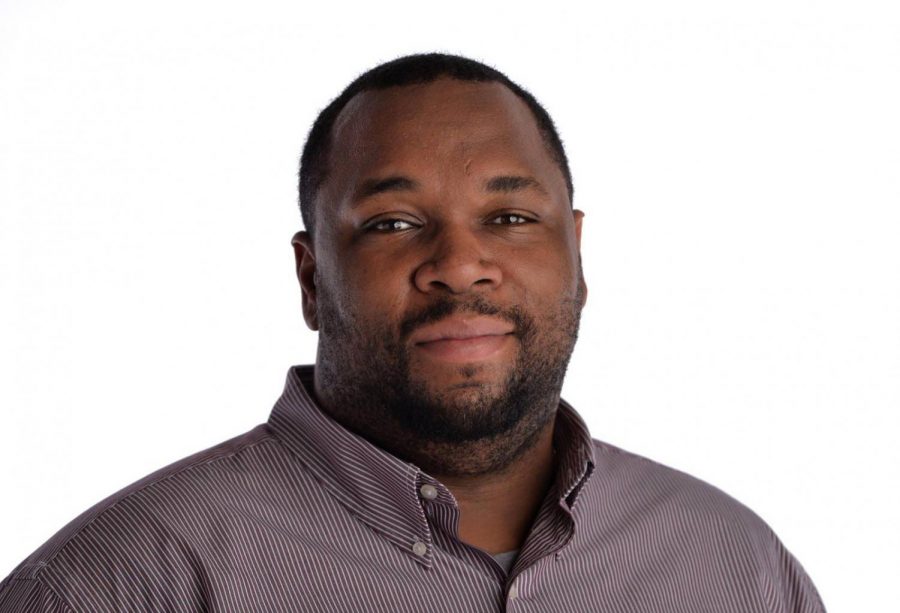 The George-Anne has been covering the felony case of Georgia Southern football player Quan Griffin since he was first arrested in July. Later in August, an article Griffin pleading not guilty was published.

The next day the story was tweeted out and received many comments and tweets in regards to the usage of Griffin’s mugshot.

The last tweet gained more than 120 retweets and 300 likes over the ensuing days.

Griffin is currently being held at Bradford County Jail with a $345,000 bail. He was arrested on Aug.1 for charges of battery, aggravated battery, weapon offense, damaging property, burglary, larceny, robbery and obstruction of justice.

This wasn’t the first time The George-Anne has used mugshots when dealing with an arrest, the publication ran an arrest story online and in print after a student was arrested and charged with cocaine and methamphetamine possession. It also won’t be the last time a mugshot is run as The George-Anne published an article two weeks ago with a student being charged with a felony for having a gun on campus.

After the tweets and response to the publication of Griffin’s mugshot, The George-Anne reached out to professors, scholars and journalists to get their thoughts on the situation and offer advice on the do’s and don’ts of when and when not to use mugshots.

Walsh said that the publication wasn’t breaking any laws with the usage of the mugshot, but since it was a prominent figure like a football player, The George-Anne might’ve been better off using a different photo.

What is your best policy when publishing mug shots in an ongoing trial?

LW: Generally if someone has been charged with a crime, it can be appropriate to use the individuals mugshot in the story. Now, if you have other images available to use, I think the mugshot image should be used sparingly and maybe not all since the point is to identify who the individual is not harass or embarrass them using a mugshot image.

Does the policy/practice change when its a prominent individual (like starting football player)? If so, how?

LW: If anything you would probably use the mugshot less since you most likely have other images of the individual available.

What laws protect our publication from using mug shots?

LW: I am not an attorney but assuming you obtained the mugshot from police or the court, it is free for you to use.

Another tweet against us reads “@thegeorgeanne is anti-black.” We most certainly are not, but how do we change the narrative to prevent future readers from thinking this?

LW: Have you asked this individual or others why they think this? Try to get to the root of why they feel this way. Then think about their response. Is there reason rational or at does their explanation uncover or shed light on anything you could have done better? If so, admit that, thank them and then tell them how you will work to be better. If it does not shed any light and does not have any truth, then I would tell them what your mission is, how you try to cover all people fairly, etc.

I know much of this backlash derives from the national media’s history of using mugshots for minority arrests and using happy, cleaner pictures for white criminals. How do I/we do our part in changing this trend, other than just staying constant with our coverage?

LW: Talk about your coverage decisions and how you decided to run certain images. Was there a conversation about whether or not run the mugshot? If so, write about it. I would love to see write an explainer on what your policies are when it comes to using mugshots and then ask your users if they agree, have questions or would do it differently.

Marlon A. Walker, Vice President of Print, National Association of Black Journalists and writer for the Atlanta Journal-Constitution

Walker said that The George-Anne was right in posting the mugshot because it was a crime story and Griffin was charged.

“I read the story, I hadn’t seen the tweet so I’m glad you sent me that,” Walker said. “It’s frustrating. It’s one of those lines that we toe as human beings because of sensitivity and yeah, no you guys were not wrong for what photo you used. I’m glad you reached out to me because it shows you understand the complexity and the sensitivities of the situation. I think it’s one of those things where people are tired of feeling mistreated or disrespected and so now it’s become in every situation, you can do better by XYZ.”

“He was arrested and this is a crime story. It’s not like you’re doing a profile on him and you use a picture of when he was arrested. I think that’s where you guys are okay and I don’t know if there have been plans to respond… I would. I don’t think in every case of a person being arrested a mug shot should be used. I think it’s about the nature of the crime. A mugshot basically criminalizes someone and so black people are looking at this as you criminalizing this man but he was charged… This is definitely an opportunity to use a mugshot.”

“People used what appeared to be a juvenile mugshot of Trayvone Martin when he had not been arrested or apart of any crime,” he said. “I truly commend you for how you handled this situation.”

Since the article was published and comments have been received, The George-Anne has drafted a formal policy in regards to mugshot usage and reporting on crime.

The policy was proposed Wednesday, Sept. 11 and should be adopted by The George-Anne Media Group executive board Sept. 25.