The walk-on who became a two-time conference champion 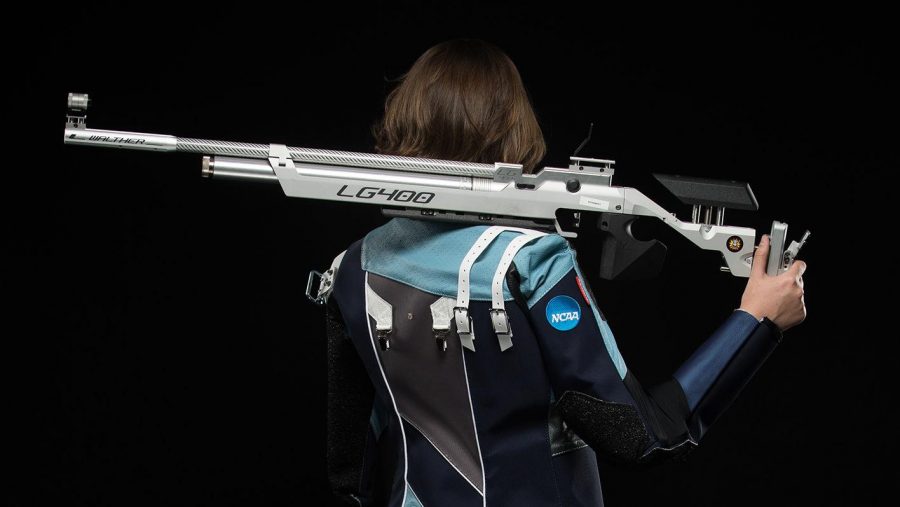 Lydia Odlin enters her final season as an Eagle with two conference championships under her belt.

After a historic season ending with a SoCon Championship title and former team member Rosemary Kramer’s storied career as an Eagle, the Georgia Southern women’s rifle team has high expectations for this season.

Lydia Odlin returns for her redshirt-senior season and serves as the leader for the rest of the team, comprised of all freshman.

Growing up in Maine, Odlin got into the sport because of her father. She shot recreationally at first until her father noticed how talented she was. He put her into a gun club at the age of 12 and she never looked back. She roped her brother into shooting with her and they shot everyday, self-coached. In the southern part of the state, shooting was not a socially acceptable activity. She never felt comfortable telling strangers about her sport but she continued to train and stay focused regardless of her environment.

“We were the first two to qualify for air rifle for junior Olympics out of our state,” she said. “We discovered…you can shoot for college. I was like ‘Wow that’s the dream.’”

Her road to GS was anything but smooth her first year. Due to a coaching miscommunication, Odlin was not even placed on the roster her freshman year. Since she was the first out-of-state student recruited for the program, the previous coach never told the new coach about her. All of the roster spots were filled before Odlin even arrived on campus.

Odlin was unaware of the chaos, and she uprooted her whole life to move to Statesboro…for nothing.

Her family and friends advised her to go back home because it wouldn’t work out in the long run at GS, but she stayed and got a job at the ranch so she could pay for her own ammunition and train whenever she wanted.

After a year of shooting six days a week, she convinced the new coach to give her a walk-on tryout. She made the team and continues to work hard everyday to prove to herself that she deserves to be here.

In her freshman season, the rifle team was able to beat the reigning air rifle SoCon Champions for the first time in SoCon history. Her junior season, GS took the title again with just four members on the team, where the standard is five.

“We were able to win for the second time in Georgia Southern history with only four girls,” she said. “No one was more shocked than we were. It was a great feeling.”

Last season, she averaged 533.250 in smallbore and 571.250 in air rifle, one of the top averages in the nation. She has been a Collegiate Rifle Coaches Association Scholastic All-American for two years and prioritizes her academics just as much as her training for rifle.

She hopes to become a Physician Assistant after graduation and Head Coach Sandra Worman relies on her to be a positive example on and off the range.

“We’re calling her the elderly stateswoman and she is expressing the perfect mix of student-athlete leader,” she said. “She is excelling in academics, as she always does, she is working hard at rifle and excelling there with her best self as she does, and she’s also remembering to keep things in proportion. She’s being a leader to the team but also showing them that it’s important to put your own oxygen mask on before you can help others.”

In the first match against UAB and Wofford on Saturday, Odlin proved this sentiment to be true as she shot a career high of 196 in the prone smallbone. Worman is proud of the team and how they performed in the first match, despite one shooter having to change guns in the middle of the match.

“Knowing how hard it is to struggle, I want to really, really push these girls and get them to what they deserve. Get them to taste that success under Georgia Southern’s name…It makes me sad to think about when I’m gonna leave, but I’m confident that these girls are gonna carry Georgia Southern into new heights by far.”

Odlin and company will go on the road to the Citadel on Oct.12 to take on UAB and the Bulldogs. After another away match a week later, they will return home on Nov.2 for Senior Day.