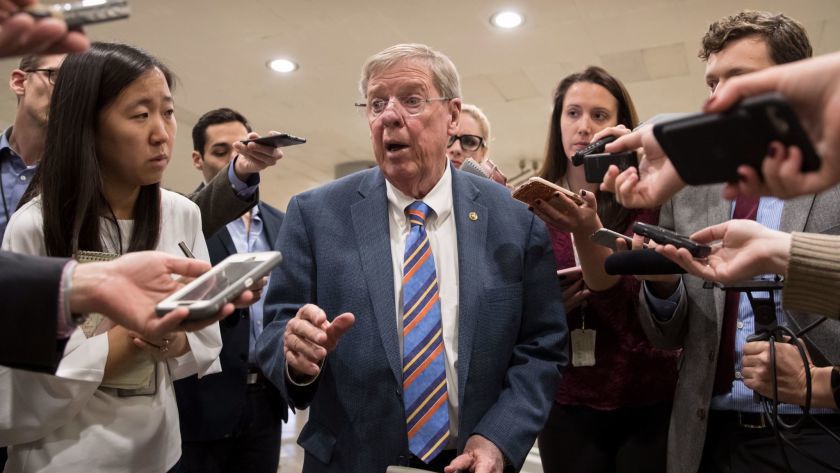 Georgian republican senator Johnny Isakson announced he will be resigning at the end of 2019.

Georgian republican senator Johnny Isakson will be leaving the Senate effective Dec. 31, 2019 to tend to his Parkinson’s Disease, he announced in an email Wednesday morning.

Isakson has served in the Senate since he was elected in 2005.

“I am leaving a job I love because my health-challenges are taking their toll on me, my family and my staff,” he said in the email. “My Parkinson’s has been progressing and I am continuing physical therapy to recover from a fall in July. In addition, this week I had surgery to remove a growth on my kidney.”

The 74-year-old senator was in his third term as senator after representing Georgia’s 6th District in the House of Representatives from 1999 to 2005.

“In my 40 years in elected office, I have always put my constituents and my state of Georgia first,” he said. “With the mounting health challenges I am facing, I have concluded that I will not be able to do the job over the long term in the manner the citizens of Georgia deserve. It goes against every fiber of my being to leave in the middle of my senate term, but I know it’s the right thing to do on behalf of my state.”

With Isakson stepping down, there will now be two Senate seats from Georgia in the 2020 election.

“We thank Senator Isakson for his years of service to his state and country, and wish him all the best for his future,” Democratic Party of Georgia Chair Nikema Williams said in a statement. “With now two Senate seats up for election in 2020, it has never been clearer that the path for Democratic victory runs through Georgia. We are the battleground state, and Georgia Democrats are ready to fight and deliver both the Senate and the presidency for Democrats across the country in 2020.”