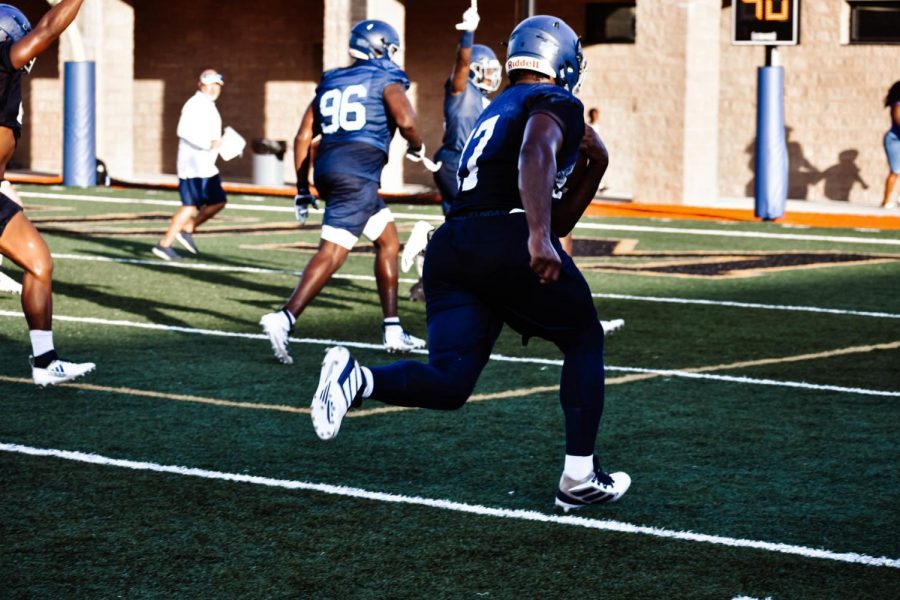 Redshirt-junior OLB Randy Wade Jr. (47) played in and started in all 13 games last year for the Eagles, being on the field for 581 total plays.

The George-Anne will be previewing each position group leading up to the start of Georgia Southern football season, Aug. 31. Next in the series of previews is the position of the linebackers.

Outlook: Only losing two, the Eagles don’t look like they’ll be struggling when it comes to the ILB position.

Losing Reese was a blow to the roster, but there’s a replacement in redshirt-sophomore Reynard Ellis. Ellis had to sit out last season per NCAA transfer rules as he transferred from Furman. In his freshman season as a Paladin, Ellis played in 12 games, starting 10, where he totaled 92 tackles, two sacks, and an interception.

Returner-wise expect to see some play from newly-announced team captain Rashad Bryd. Last season Bryd played in 10 games, starting three, where he totaled 54 tackles, an interception and a forced fumble. The redshirt-junior was named All-Sun Belt Conference Honorable Mention last season as he completed many big plays on the season, including a blocked field goal.

Outlook: No players lost, no players added, the position of the outside linebacker should not be a concern for the Eagles.

A player that will return to the field to be excited about is redshirt-junior Randy Wade Jr., who started in and played all 13 games last season. Wade totaled 48 tackles, a forced fumble and two quarterback hurries.

Another big returner is redshirt-senior Jay Bowdry, who saw action in all 13 games- starting two. He tallied 46 tackles, two pass breakups and a quarterback hurry.