Eagles travel to Savannah to take on the Citadel Bulldogs 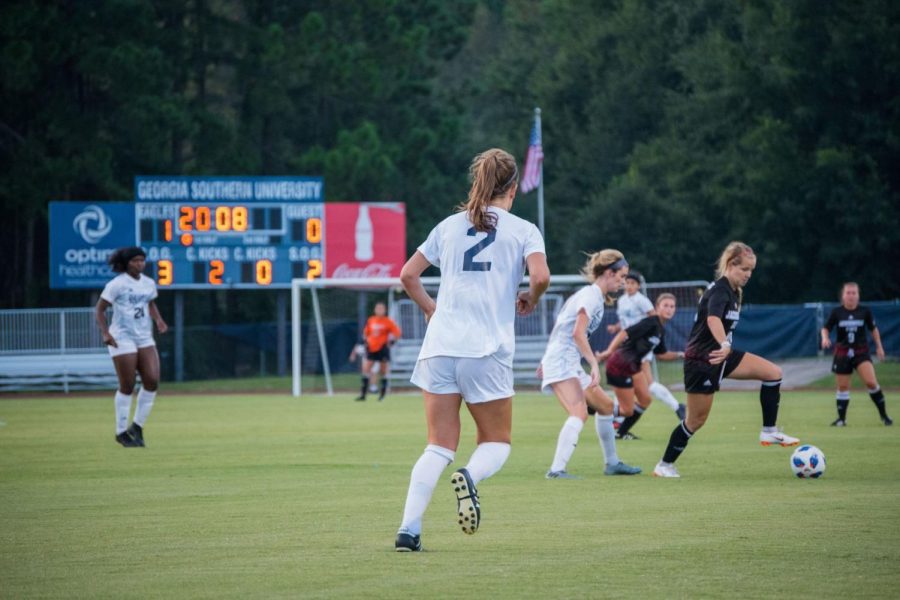 Elsa Borjesson (2) has returned for her senior season as a defender for the Eagles.

The Georgia Southern women’s soccer team will take on The Citadel In Savannah on Sunday.

GS, coming off of a close 2-1 loss at Maryland, the Eagles hope to even out their record against the 1-0 Bulldogs.

GS has not played the Bulldogs since 2013, when the Eagles moved away from the SoCon Conference to the Sun Belt. GS leads the series 9-4.

The Citadel played two exhibition matches before their season opener against Bob Jones University on Thursday, resulting in a 5-0 victory.

The team is led by junior forward Logan Dix, who scored seven goals last season and assisted three. Freshmen Hayley Long and Marie Le Gallo had strong showings in their collegiate debut, both scoring a goal.

With nine freshmen and ten sophomores on the roster, the team is slightly less experienced than GS.

GS managed to maintain possession at the beginning of the second half against Maryland. With more veterans on the roster, the Eagles can take advantage of redshirt senior goalkeeper Jocelyn Springer’s athleticism and senior goalkeeper Lauren Karinshak’s consistency. Karinshak faced 20 shots, saved six and allowed two goals with the Terrapins in the last match.

The game will begin at 6 p.m. at the Armstrong Campus soccer field in Savannah.