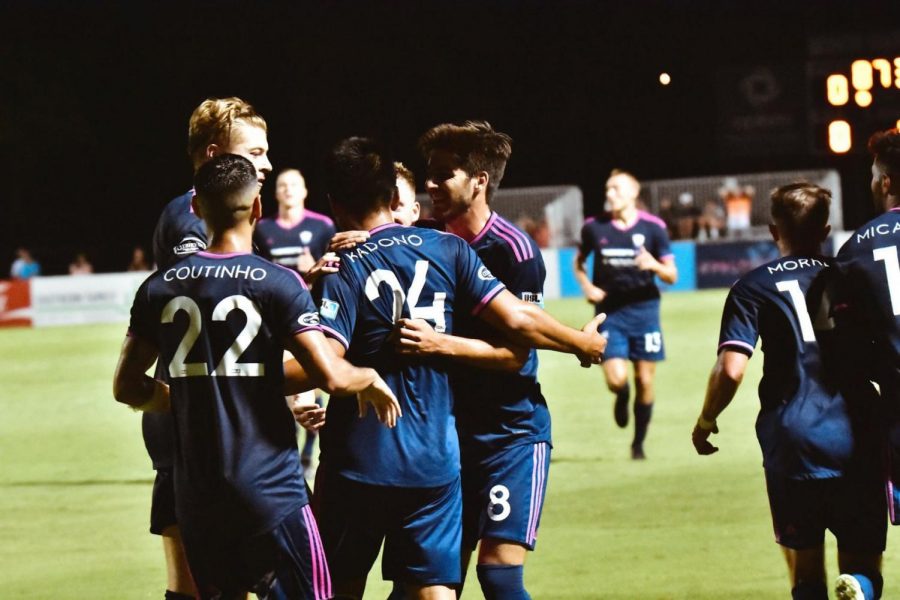 Coutinho was knocked unconscious during Tormenta's last match against FC Tucson on August 17.

Despite picking up a yellow card just eight minutes in, midfielder Charlie Dennis scored on the feed from a 70 yard bomb by recent Tormenta 2 callup Jordan Skelton 20 minutes later.

The team walked onto the field in shirts with the number “22” on the back, in honor of Lucas Coutinho, a Tormenta player who was airlifted to Savannah Memorial Hospital after he suffered a dangerous and terrifying head injury in the team’s last match. The team announced that Coutinho has been joined by his parents and began recovery this week.

The feisty, emotional match for Tormenta, trying to hang onto a third seed playoff spot, manifested itself in a total of five yellow cards for the two teams. Despite winning the possession battle and a seven to one corner kick advantage, Tormenta’s scoring dried up after Dennis’ cross goal score.

The Red Wolves tied the game at minute 58 after Tormenta failed to clear a header off of a free kick, setting up forward Jose Sito Seoane to tie the game with a low, dribbling shot through the muck.

With only seven matches left in the regular season, Tormenta will compete with much of the rest of the league’s ten teams for one of the four playoff spots and fight for home field advantage. The team now holds a 8-5-8 record and will be back on in action on Aug.31 on the road to take on the Richmond Kickers.