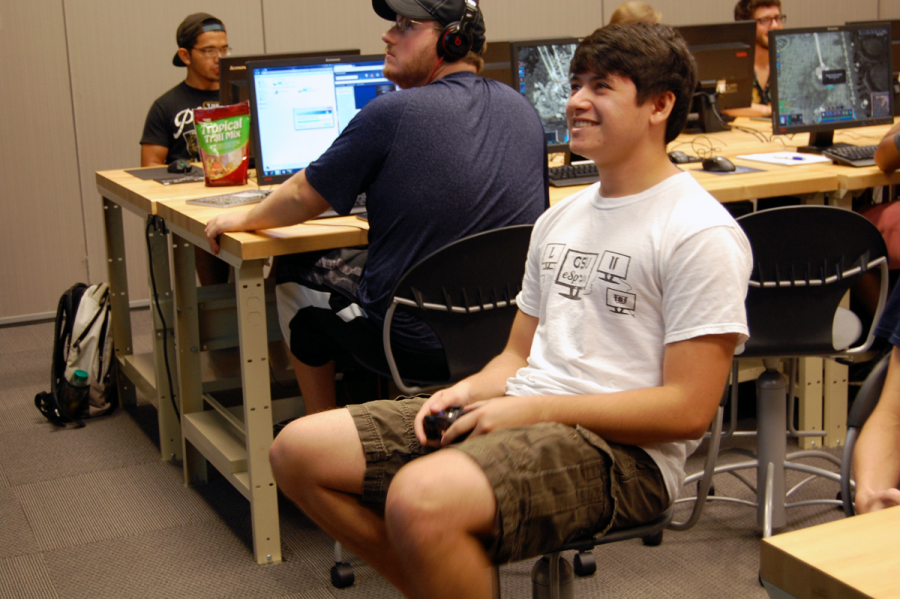 Q: There are several gaming clubs on campus. What differentiates GSU eSports from the others?

Ellis: We play competitive games that go in the eSport circuit, that is why we are called eSports. It’s a separate type of gaming circuit for computer users. I set up teams for certain games and through websites that are well established, there are online collegiate teams that play other colleges. I have a team that played University of Texas and Georgia Tech.

The games we play are mostly the basic PC games like “League of Legends,” “Starcraft” and “Hearthstone.” We welcome any games that have professional scenes in them and we welcome any student that wants to play other games. Those are justthe three main ones.

Q: What made you want to join this club and become president?

Ellis: I have been a big fan of eSport games for over three or four years now. When I got into college I didn’t know if there was anything like it until I met Robbie who was the founder. He told me he had started this group for “Starcraft” and wanted to incorporate more games that I happen to play, so I told him I would help him. When he graduated, I felt like it was my responsibility to pick it up.

Q: What are you hoping to do for this organization as its’ president, and what would you like other students to know about your club?

I want to broaden the knowledge of this club to more players that play games like “Hardstone” and “League of Legends” throughout the campus. My specific mission is to make eSports group for the students, just for the average student that plays online games. I also want students to know that we play competitively. I want them to know that it is easy for students to come play with us, and they will be surprised to see how many students that do. I know so many people that say ‘I didn’t know this was a thing’ and then they come and they are just hooked by it.