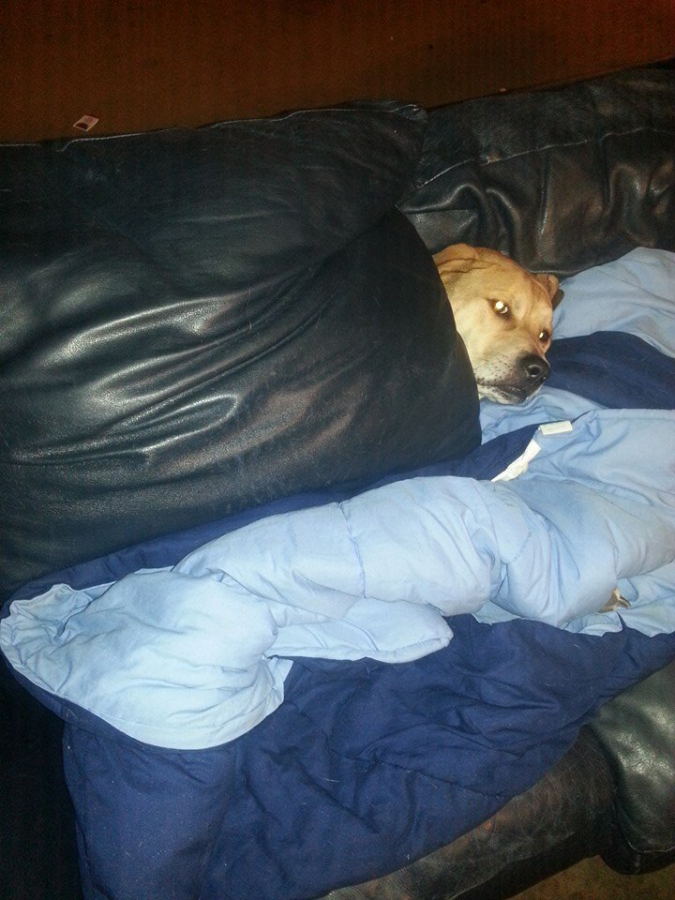 Reflector Magazine wishes to celebrate the lives of Statesboro’s coolest pets (because let’s be honest, people are just the worst).
Boss may be a 90 pound hoss, but he is really a puppy at heart. He loves to play fetch and tug-o-war. Although terrified of running water, he loves trying to catch water that you have splashed at him. Whether it’s chasing squirrels and birds or just sunbathing, Boss loves to be outside! He’s a very tender soul and loves everyone. Boss will spend countless hours staring out of a window just watching the squirrels run around. He loves playing with his doggy brothers and even has a girlfriend (she doesn’t want to admit it). Everybody who meets Boss loves him, as they should!

Boss is owned and loved by Jeremy Williams, a senior business management major.
Want your pet to be featured next week? Send us your pet’s biography and adorable photos to reflector@georgiasouthern.edu.