What Does "Chill" Really Mean?

Everyone has that awkward moment when a text comes through their phone and it reads “Do you want to come chill?”  This is one of the most confusing, complicated text you will receive. What does “chill” really mean? Are you guys just going to hang out or are they expecting more.
Chill can mean different things depending on who the people are.
“Usually it’s like let’s see what you’re like alone with me…maybe let me hit it. That’s usually what guys mean. When I say chill usually I’m talking about having a good time in a literal sense,” said Jermaine Hill, a senior psychology major.
Here are a few questions you can ask yourself to see where his head is at.
Do they text you on the regular basis or only after hours?

Someone that texts you on the regular basis is making an effort to get to know you. You have piqued their curiosity and “Do you want to chill?” most likely means they actually want to hang out and get to know you better.
If he/she only texts you after hours, usually after 10 p.m. this could mean that they are looking for more than just casual talking.
“If he hit you up randomly at night and you know you haven’t talked to him in a long time, he ain’t just trying to chill,” said Chelsea Hopper, a nursing major.

What time of day is it when they text you?

Midday
If they text you to come over and chill midday, chances are they really just want to hang out with you. Maybe you guys will grab some lunch and talk… But if they text you at night, things could get a little sticky.

Night
Have you ever heard of the saying “nothing good happens after dark?” It probably fits best with this situation. When someone texts you asking to chill once night falls, chances are that they’re trying to get intimate with you.

Did they mention Netflix?
Netflix is a way for things to quickly escalate while you guys are hanging out.
“If a man puts on a romantic, comedy, or scary movie, it’s over,” said Adrian Jackson, a senior justice studies major.
If you choose to go over, but want to keep it PG some top picks on Netflix are Red Dawn or GI Joe. Stay away from movies like Love & Basketball… we all know where that leads. 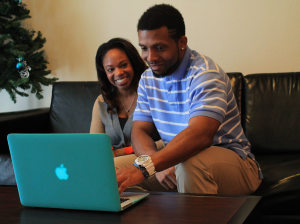 What kinds of emoji do they use while texting you?
A guy that uses winky and/or kissing faces after every sentence is trying to send you a signal. A winky face automatically takes the conversation to the next level. Winky and kissy faces signal that he wants to know you past a friend relationship. So chill doesn’t mean to sit around playing card games and sipping on lemonade.

Of course these aren’t sure signs to tell what someone is thinking when they ask you to “chill.” The best thing to do is to ask them yourself.