Surviving a World of Tweets, Status Updates, and Never-Ending Posts 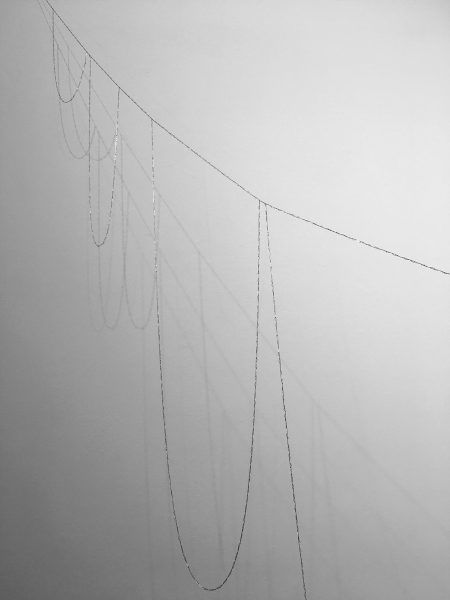 The first-place winning work, "Strong" by sophomore Julie Brown, is composed entirely of staples, according to a GS press release.

It’s obvious that the world we live in today is pretty much controlled by social media.  Tons of college students have social media accounts they use to connect with each other to stay up to date with what they have going on in their lives. It’s pretty hard not to be a social butterfly when literally everyone is absorbed with social media.

But what about the ones who aren’t caught up in the continuous tumbleweed of social media? You know, those of us who don’t want every piece of our lives tweeted, posted on Instagram, or detailed in some dramatic status on Facebook?
Granted, there are only a handful of people who aren’t budding social butterflies. However, some just don’t care to be involved with social media…..and yes unbeknownst to most, there are still people out there in the world who are not interested in social media.
It’s important to realize that there are people who don’t want to give not only their friends and family, but complete strangers updates about their lives at random times throughout the day.
Now before you begin tweeting in fury, I want to make it perfectly clear that I am not bashing, nor am I against social media. I know how easy it is to get caught up in the hoopla and feel pressured to make a Twitter or Facebook account. Because- let’s be honest- a lot of jokes and laughs stem from countless memes and GIFs posted on social media.
But for those who enjoy living their lives much more privately, I want to let you know that it is perfectly okay to stay to yourself. If you don’t want to give updates on your life all the time, then don’t! Social media simply just isn’t for you …..And that’s okay. Sometimes choosing to refrain from making up some random status post every five seconds can actually speak louder than any post on social media ever could.