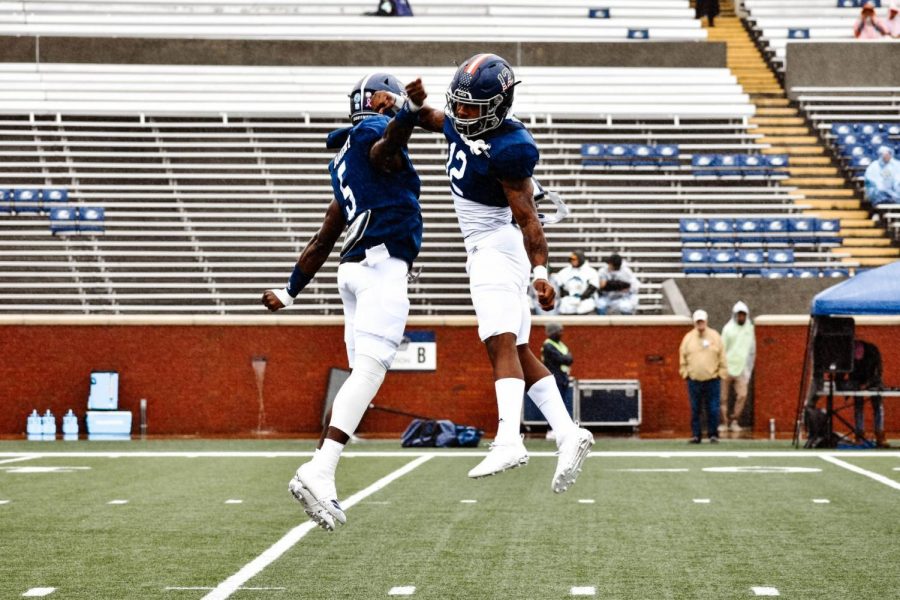 The team will play the Liberty Flames on Dec.21 in Orlando.

By: Michelle Pratt, Alexandra McCray and Jeff Licciardello
The quick and dirty of entertainment news and trends you need to know.“Mulan” is turning into a live action movie.
According to BuzzFeed News, Disney is adapting Mulan into a live-action movie.
If you have somehow been under a rock and have not seen this Disney classic, it is a story about a woman, Hua Mulan, who disguises herself as a man to go to war in her father’s place.
The studio’s adaptation of Cinderella was just released in theatres last month, and they also announced a live-action version of Beauty and the Beast set to release in March 2017.
No cast members for live-action Mulan have been announced.

giphy.com
Zayn Malik first solo music released ‘I Won’t Mind.’
Zayn Malik, who just officially left One Direction, now has a demo with a U.K. producer named Naughty Boy according to Billboard
Naughty Boy released the link from Soundcloud with a tweet stating, “Let the music do the talking guys. Thank us later. 🙂 x” He then added in the Soundcloud description, “There is nothing but love for what was left behind. That’s why we don’t mind. 😉 #2016 #zaughty #zindabad”
Later Naughty Boy got into a little argument via twitter with 1D band member Louis Tomlinson, and in return the U.K. artist is receiving a lot of backlash from Directioners worldwide with #suspendnaughtyboy trending Monday night.
Lets do this lets trend this peopleee!!! Your messing with the wrong fandom 😛 @NaughtyBoyMusic #suspendNaughtyBoy pic.twitter.com/VL7MoGb558
— LouisTheSlayer (@Fake_SakuraRevi) March 31, 2015

Becki Newton is ready to be front and center.
Once playing in Ugly Betty, the 36-year-old actor is doing what she likes to do best, making unlikable characters lovable according to BuzzFeed News. Newton found that “normal” and “interesting” were often characteristic at odds with another when it came to roles for women in television comedies. For years Newton could not find a character like this until she came across the pilot script for Weird Loners, which offered her everything she loved about playing Amanda in Ugly Betty, but this time she got to be front and center. Catch Weird Loners Tuesdays 9:30pm on Fox.

giphy.com
Rihanna Pranks Jimmy Kimmel
Rihanna, we now have even more of a reason to love you.
Amy Winehouse Documentary
Troubled and talented Amy Winehouse will be paid tribute in a new documentary called Amy. “I’m not a girl or a star trying to be anything other than a musician,” Winehouse says in trailer, revealing her aversion to fame. The film is set to release near the four-year anniversary of the singers death, July 3 in the U.K. Dates for the U.S are yet be announced.
Reign has arrived.
To clarify, we’re not talking about that show on Netflix. Kourtney Kardashian announced her newborn son’s name today on Instagram with a cute photo of the little tot. Reign Aston Disick is the newest member of the Kardashian-Disick clan and if we’re being honest, is pretty adorable.

Congrats to Kourtney and Scott!