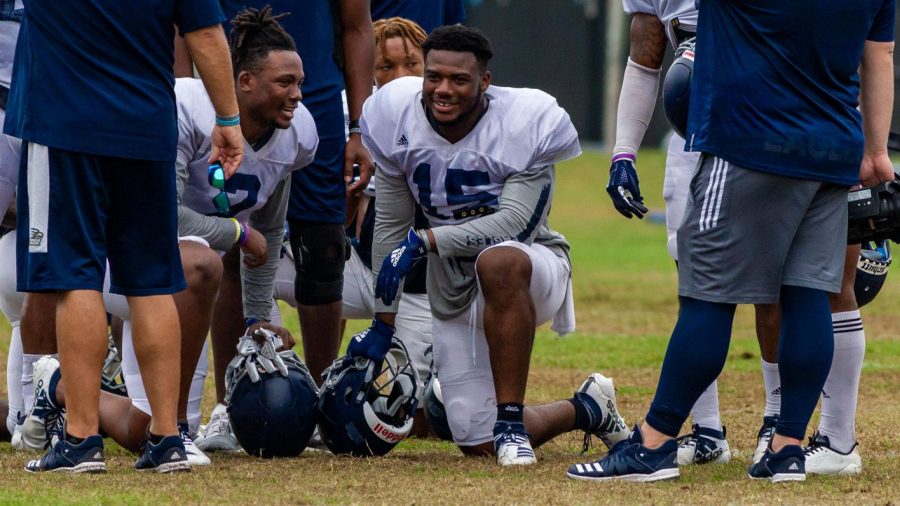 STATESBORO — The Georgia Southern football program got a huge boost on Monday when the NCAA ruled J.D. King, the junior running back transfer from Oklahoma State, eligible to play immediately.

In his two seasons as a Cowboy, King amassed over 600 yards with four touchdowns on 142 rushing attempts. The junior running back proved useful in the passing game as well, recording three touchdowns on 14 receptions.

The official newest member of the Eagles talked about his emotions when finding out he had been granted eligibility.

“Excited, still trying to process it.” King said. “This is something big for me and the team and my family, so, just blessed to be where I am today.”

Head Coach Chad Lunsford talked about the boost that the Georgia-native transfer King provide in the backfield.

“Well obviously,” Lunsford said. “J.D. King’s a good football player and being able to get him eligible to play is a big plus for us.”

When asked about what King’s role would be, Lunsford joked that the running back would assume receiver role.

“We’ll probably jump in a bunch of five-wide and put him out wide,” Lunsford said. “Let him play wide receiver, and just throw the ball about 90 times a game.”

Joke or not, expect for King to jump in and be a contributor from day one, when the Eagles travel to Death Valley for the season opener.