Your Guide to the 2016 Presidential Candidates: Part 1 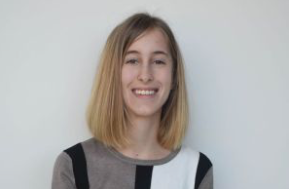 The 2016 presidential elections are approaching. With such a large number of candidates, it may be more difficult to narrow down who you are going to vote for. Not all college students are good at staying on top of politics. Also, the news and Internet might present so much information that it can be hard to remember each candidate’s general beliefs and goals.
So, for those of you who aren’t interested enough in politics to do extensive research, but still want to have a general idea of who is running for president, this is for you. We created a series that will be a simple guide to the presidential candidates that might be more entertaining than what you’ve read before. Our guide should help answer some questions about where each contender stands on some trending debate topics, including (but not limited to) taxes, education, marriage, abortion, immigration and foreign policy.
Each week, we will post information about a few of the 2016 presidential candidates! This week, we are focusing on Jeb Bush, Ben Carson, Donald Trump and Lindsey Graham.
Jeb Bush
“The Legacy”
Political Party: Republican

via GIPHY
The Lowdown: Jeb Bush is not new to the world of politics because he has been surrounded by political discussions his entire life. His father and brother both served as presidents. Bush believes that climate change is a topic of concern. His stance on abortion is that expecting mothers should be banned after 20 weeks. Bush is married to a Hispanic immigrant. His plan is for illegal immigrants to have a specific legal status, pay taxes and learn English.
If he was in college: He would be the guy that goes out and has fun but wakes up for church the next day. He wouldn’t be the craziest, but he also wouldn’t be the introvert that reads all night. He would be the friend that is a little bit of both.
If he was a drink: Red wine (he is a strong Catholic)
Ben Carson
“The Newbie”

via GIPHY
Political Party: Republican
The Lowdown: Carson is a retired neurosurgeon who has never held an elected position in the government. He is known for his opposition to Obama’s policies and his tendency to make controversial comments with no filter. His policy on gun control is to have few limits on ownership, except for people who are mentally ill or who have been convicted of any violent crime. He believes that there are some benefits to medical marijuana. As for foreign policy, Carson wants Congress to be involved in the Iran Deal and the U.S. to make a greater effort to destroy ISIS. He thinks that debating climate change is irrelevant.
If he was in college: He would be that one person in class that always raises his hand to make a comment. He’ll say something really offensive, but no one speaks up because class ended five minutes ago and everyone knows they won’t win.
If he was a drink: Tequila (because he doesn’t use a filter)
Lindsey Graham
“Uncle Sam of the 21st Century”

via Blogspot.com
Political Party: Republican
The Lowdown: Graham wants to allow gun access, but limits it to those who are mentally ill. He thinks the federal government shouldn’t be involved in education standards, and Obamacare should be repealed or refunded. Graham wants to ban most abortions after 20 weeks and keep the Supreme Court’s ruling of gay marriage as is. A strong supporter of the military, Graham wants the U.S. to send troops to the Middle East to fight the Islamic state and increase airstrikes.
If he was in college: He would be a guy in the ROTC who chants things like “’’Merica!” and “Back to back World War champs,” when people raise their glasses.
If he was a drink: Budweiser (as American as it gets)

via GIPHY
Political Party: Republican
The Lowdown: Oh, Donald Trump. Where do we even begin? If you live in America, chances are you have heard his name because of his business endeavors, wealth, roles on reality TV or large number of Twitter followers. His stances are in between the middle and the right. He thinks marriage should be defined by states, abortion should be limited, and Obamacare should be repealed and replaced. He emphasizes on the economy. He wants the government spending to be cut more, corporate taxes to end, and individual tax rates to decrease. Trump has a firm belief that illegal immigrants often increase crime, so he wants to crack down on illegal immigrants and enforce stricter laws to prevent them from entering the United States.
If he was in college: Trump would be the guy that girls call a “douche bag” but end up sleeping with anyway because of their inability to resist someone who possesses such confidence. He would be the guy that goes to the strip club with his friends and rambunctiously throws hundreds of dollars at the strippers.
If he was a drink: Johnnie Walker Black Label (because wealthy people can be specific about their liquor)

Stay tuned for “Your Guide to the 2016 Presidential Candidates: Part 2” next week!