A Knack for Backpacking 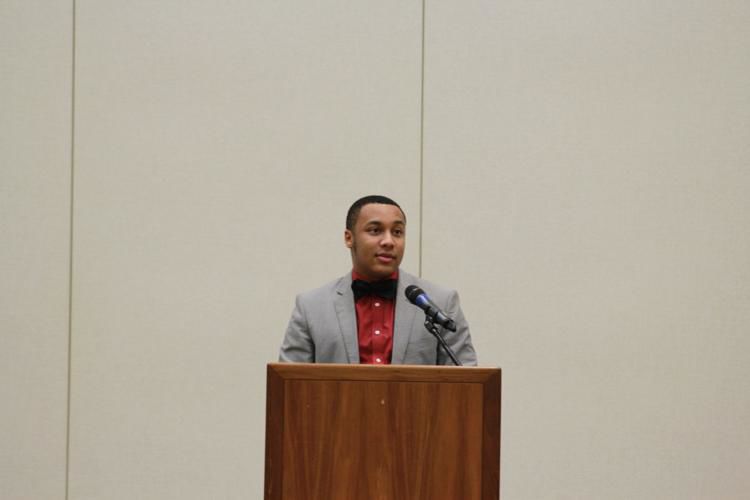 Do you have the knack for backpacking? Backpacking is a sport that can literally take you all around the country, or farther, on your own two feet. Freshman Nick Truedson and Southern Adventures trip leader Ben Loyal know what it takes to endure a backpacking trip like the recent one offered by Southern Adventures, and how enjoyable it can be.

What’s your experience going on backpacking trips?
“Growing up, I was in Boy Scouts…we tried to go camping at least once a month, so I had been backpacking a few times before. I had a general idea, and I knew I enjoyed it. When I signed up for the Labor Day weekend one, I was really excited to be back up in my old stomping ground in North Carolina. I had never been on the A.T. (Appalachian Trail) and I always wanted my shot to do it.”
Where did you hike on that trip?
“We stayed up at Roan High Knob. We hiked up there, and we went through Carver’s Gap on the way there, which is on the North Carolina-Tennessee border. We stayed at this big barn shelter our last night.”
How many miles did you hike?
“Round trip, it was around ten to twelve miles, six in and six out.”
Why do you like backpacking?
“I liked being able to, on Friday, dropping everything, and be in the woods for three to four days. I’m just not gonna worry about anything else. You go up there, and there’s nothing but clear skies, clean air, everything is better. I love the land up there. The views are spectacular. There’s nothing like the North Carolina mountain night sky. I cannot compare that to anything else.”

What is backpacking?
“Backpacking is going out with a group of people or by yourself with a backpack full of everything you need for however long you’re gonna be out there. So if you’re going for a weekend trip, you’re going to need every single item that you need for that weekend. That would include all your food, your sleeping bag, your tent, your hiking shoes, maybe some camp shoes so your feet don’t get tired of being in boots, and your rain jacket.”
What are the different types of routes?
“You can do a point-to-point route. You can start somewhere and end somewhere else. Or you can do a loop route, where you would go in a loop back to where you started. When people do the whole Appalachian Trail, they go point-to-point. They’ll start in Georgia and they’ll hike 2,000 miles to Maine. It takes three to six months to do the whole thing.”
What’s your favorite part of backpacking?
“My favorite part would be being out there in nature, hiking and seeing all those awesome views, and getting away from the rest of the world while you’re out there. You can really disconnect yourself, all the annoying stuff or the stuff that bugs you that’s going on back home.”
What are some challenges?
“Making sure the food you get doesn’t go bad, or it’s food that you can actually take backpacking. Other challenges can be hiking uphill. That gets a lot of people. Sometimes, when you’re carrying a thirty-five or fifty pound pack, it’s a lot harder than you might think. Along with that, downhill can be really hard for some people.
When you’re going downhill, with each step, you’re putting all of your weight on your knees. People can hurt their knees pretty badly. People need to know how to keep their gear dry and compact. If people go out without gear for when it rains, all their stuff is gonna be wet. It’s just gonna make it a lot harder for the rest of the trip.”

Don’t over pack. That’s a big issue. A lot of people will bring more than they need.
When you’re packing your pack, make sure you have the weight distributed evenly.
If you have all the weight on one side of the pack when you hike, it’s going to be hard to stay straight and make sure your back doesn’t get injured.
Try to make sure you get good hiking boots. People will get cheap boots from Walmart and get really bad blisters, which can pretty much end the whole trip.
You’re gonna get dirty. You’re gonna be out in the wild, you’re not gonna have a bathroom and a place to shower every night, probably not any nights.
Don’t start with backpacking. You don’t want someone who’s never been outside to start with a backpacking trip. They need to start with a camping trip, where they’re close to their car and can go get stuff out of their car, rather than starting with a backpacking trip, where they’re hiking and they’re fifteen miles away from any car or any road. 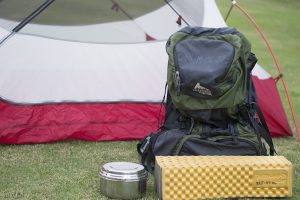