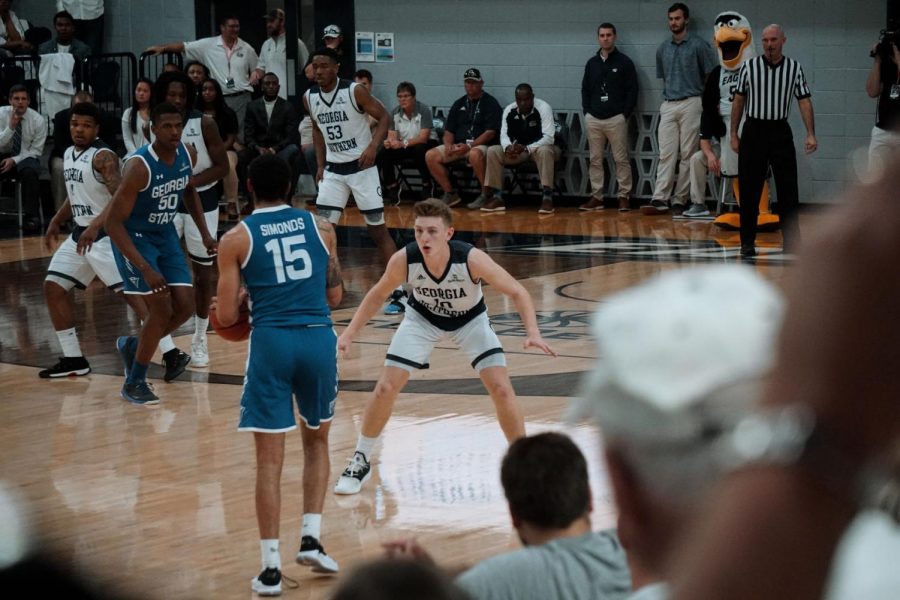 Rising sophomore guard Calvin Wishart (10) will be looking to improve his lateral quickness on defense during the off season.

This week is a pretty busy one for television premieres.  Take a break from from reality and cuddle up with your favorite person…or thing, and get ready for some entertainment. Because no matter who you are, one of these shows is destined to draw you in.
Love at First Kiss (series premiere) – Oct 21.


Who’s it for: Those craving a new guilty pleasure
Television station: VH1
Time of premiere: 11 p.m.
What it’s about: Love at First kiss is an social experiment on dating, where two people wanting to find love skip the first date. Instead, the two contestants jump to the first kiss and hope that their kiss will be a match made in heaven. Will the kiss be hot and steamy or flat and dry? Will they move on to the next step? Watch tonight to find out!
Restaurant: Impossible (cycle 12 premiere) – Oct 22.

Who’s it for: Food enthusiasts and people who like a good fixer-upper
Television station: Food Network
Time of premiere: 9 p.m.
What it’s about: Restaurant: Impossible is back again with its 12th cycle. This show is about a well-known chef, Robert Irvine, going to restaurants that have been failing in the industry and trying to turn them around. The catch? He only has two days and $10,000 to do it.
Hemlock Grove (Season 3 premiere)- Oct 23

Who’s it for: Those who need a little fright in their life.
Television station: Netflix
Time of premiere:  You can watch it beginning Oct. 23, all episodes load at once.
What it’s about: Hemlock Grove season premiere is coming out at the perfect time for horror fans, Halloween. This series is about a small town filled with dark, evil secrets, including who killed a teenage girl. With the murderer possibly being the neighbor standing next to you, you can’t trust anyone. Will the truth ever come out?