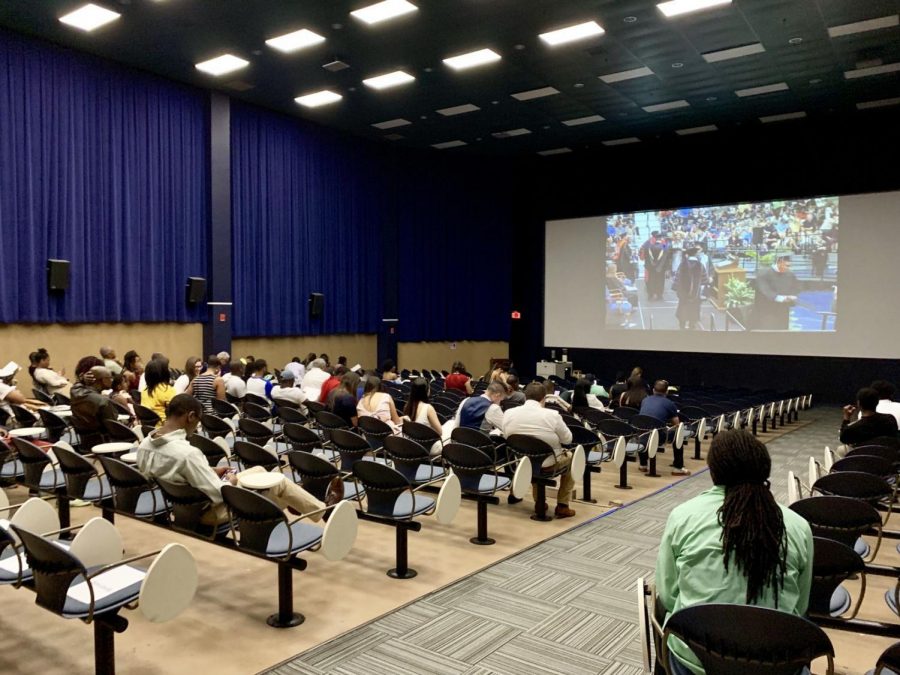 The 2019 spring commencement ceremonies experienced full capacity, sending families to the Russell Union to watch a livestream of the ceremony.

STATESBORO — Georgia Southern University President Kyle Marrero gave some insight to the 2019/2020 commencement plan Wednesday as part of his State of the University speech, announcing that the commencement task force will have a plan in place Sept. 1.

“We have a plan that’s currently being fleshed out because we felt like at the end of the semester we really owe it to the students,” he said. “SGA has a meeting on the 24th and Scot (Lingrell) and the team are going to take them the recommendations. We feel like we need the students engagement on this because it is about them.”

Marrero confirmed that it would be the Saturday of finals.

He also stressed that tickets for the ceremonies will be a must.

“It is absolutely going to have to be ticketed. That’s the one thing that there is no way we can just say ‘anyone and everyone can show up,’” Marrero said. “We can’t promise you to get in and that’s the worst thing we can do. We’re going to have to figure out a quantitative way.”

Marrero talked about the focus groups that had been analyzing results from the survey administered following the spring 2019 commencement ceremonies.

With more than 2,500 survey respondents, Marrero and the focus groups had plenty to assess. One of the biggest takeaways from the results was the space for the ceremonies.

“We are so limited,” he said. “Other than Paulson Stadium, we have nothing in this entire region that seats more than 6,000 people. That’s it. From a facilities standpoint, we have no mobility and we’re sort of boxed in on that.”